The US Department of Energy has given its final approval to Golden Pass, a global energy company, to export domestically produced liquefied natural gas (LNG) to countries that do not have a free-trade agreement with the United States.

Golden Pass will be able to export up to 6.26 million cubic metres of natural gas a day to the global market.

In a statement on Wednesday, the energy department said “it conducted an extensive review of the Golden Pass application. Among other factors, the Department considered the economic, energy security, and environmental impacts, including macroeconomic studies that showed positive benefits to the US economy”.

Golden Pass, a joint venture between Qatar Petroleum (which owns 70 percent) and ExxonMobil (30 percent), has developed its preexisting facilities in Sabine Pass in Jefferson County, Texas to be able to export LNG.

Golden Pass’ authorisation is yet another step by US-based companies to export LNG and making the US a player in the global energy market, traditionally dominated by powerhouses like Russia, Qatar and other Gulf nations.

Technological advancement in horizontal drilling and hydrolytic fracturing has allowed the production of natural gas in the US to increase dramatically.

Attributing the new approval to US President Donald Trump, US Secretary of Energy Rick Perry said: “This announcement is another example of President Trump’s leadership in making the United States an energy dominant force. This is not only good for our economy and American jobs but also assists other countries with their energy security.”

Exporting LNG out of facilities in Texas will have a dramatic positive economic impact in the local, state and national economies, Golden Pass said.

According to studies by Golden Pass, it estimates the construction of its facility will provide 45,000 direct and indirect jobs over five years.

The project will also provide 3,800 direct and indirect permanent jobs over the next 25 years of operational activity.

Golden Pass estimates the cumulative effect of construction and 25 years of operation will provide up to $2.4bn in federal tax revenues and $1.2bn in state tax revenues. 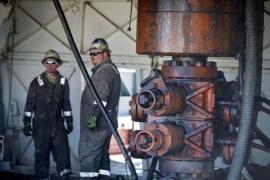 US could reclaim role as net energy exporter

US oil output hit its highest level in 20 years in July in a power shift with big geopolitical consequences. 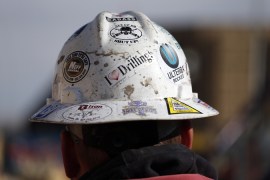 American power and the fracking boom

What impact will America’s oil and gas boom from fracking have on US power and global geopolitics?