China says it will suspend all imports of coal from North Korea for the rest of the year, depriving the country of a crucial source of foreign exchange following its latest missile test.

The suspension, which implements existing UN sanctions over North Korea’s nuclear programmes, will start on February 19 and remain in force until the end of the year, China’s commerce ministry said in a statement posted on its website on Saturday.

China “will temporarily stop its imports of coal from North Korea for the rest of this year” including coal for which customs applications have been made but not yet processed, it said.

The decision came after North Korea’s February 11 missile test, as tensions escalate over the reclusive state’s defiance of UN resolutions.

China had traditionally ensured that UN Security Council resolutions on sanctions against North Korea included humanitarian exemptions, and had continued to buy huge amounts of North Korean coal – worth $101m in October alone.

“Coal represents one-third of North Korea’s total exports … The entire GDP of North Korea was about $17bn and now $1bn has effectively disappeared. This is biting into the very lifeblood of the administration,” he told Al Jazeera.

“China has recently been working hard with South Korea’s opposition,” he said.

The UN Security Council, which includes China, sharply criticised North Korea on Monday for the missile test, describing it as a “grave violation” of UN resolutions and threatening “further significant measures”.

The rocket launch was the first since US President Donald Trump came to power and was seen as a challenge to the new American leader, who has promised a strong response.

Rex Tillerson, US secretary of state, used his first meeting with Chinese counterpart Wang Yi on Friday to urge China “to use all available tools to moderate North Korea’s destabilising behaviour”.

North Korea launched a series of missiles and conducted two nuclear tests in 2016 in its quest to develop a weapons system capable of hitting the US mainland.

The latest rocket – said by North Korea to be able to carry a nuclear warhead – flew east for about 500km before falling into the Sea of Japan, South Korea’s defence ministry said.

The Security Council has imposed six sets of sanctions since North Korea first tested an atomic device in 2006. 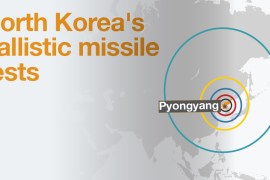 Infographic: What is the reach of N Korea’s missiles?

North Korea has vowed to keep testing ballistic missile, but some experts say it is years away from developing an ICBM. 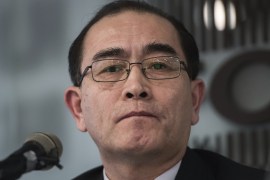 One of most senior North Korean officials to flee post says he expects more defections as government systems ‘crumble’.