At a news conference on Monday, Abe said that he would pursue “strong diplomacy” to pressure Pyongyang to halt its nuclear weapons programme.

He also referred to Japanese citizens who were kidnapped and believed to be held captive in North Korea.

“I will pursue decisive and strong diplomacy to tackle North Korea’s missile, nuclear and abduction issues and put further pressure to get it to change its policy,” he said.

The ruling coalition won a supermajority of 312 seats in the 465-seat parliament in the snap elections, enough to push through Abe’s agenda.

Japan’s constitution limits the military to being a self-defence force after its defeat in World War II.

Abe says the law is a relic of the past and having a super majority will help him reform the pacifist constitution and allow Japan’s armed forces to play a more active role.

The victory marks a remarkable turnaround for the Japanese leader. Plagued by corruption scandals, Abe and his Liberal Democratic Party (LDP) were on shaky ground just last month.

Japan snap elections: All you need to know

The win makes Abe Japan’s longest-serving leader. He says the results indicate that voters support his policies and want to see his political leadership continue.

Abe also pledged to take measures that would tackle Japan’s demographic challenges, as the country continues to struggle with an ageing and shrinking population.

Tokyo’s Nikkei Index on Monday reacted positively to the victory of LDP leader, who is seen as a pro-business prime minister. 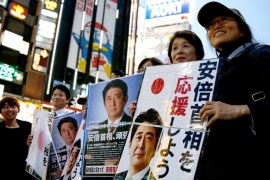 Japan snap elections: All you need to know 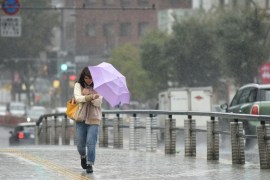