British Prime Minister Theresa May is expected to say on Tuesday that she favours a clean break from the European Union, dismissing a “half-in, half-out” Brexit deal with Brussels.

In a highly anticipated speech, May is likely to give further signals that Britain is heading to what analysts call a “hard” Brexit.

That direction will be cheered by those who want to leave the European Union, but it will dismay those who fear the impact on Britain’s economy.

The speech is to be delivered at Lancaster House, a central London mansion that is a showcase for diplomatic functions and major announcements.

It will be dissected for every detail about May’s Brexit strategy, after months of uncertainty.

May has repeated a “Brexit means Brexit” mantra – on one occasion replaced that with a call for a “red, white and blue Brexit” – while claiming that outlining the government’s aims in any detail would give Brussels the upper hand in negotiations.

But recent indicators suggest Britain is heading towards a full break from the EU which entails leaving the single market in order to have full control over immigration.

Downing Street has repeatedly said it wants to secure the best deal for the British economy while allowing for cuts to immigration.

But the EU has been clear that single market access is dependent on allowing the free movement of people.

The prospect of a “hard” Brexit has hit sterling.

Philip Hammond, Britain’s finance minister, adopted a tough line on Sunday, warning that Britain might undercut the EU economically in order to remain competitive if it faces EU tariffs.

London, though, would have to change course “if we are forced”, in order to “regain competitiveness”, he told Germany’s Welt am Sonntag newspaper on Sunday.

In recent weeks, May raised the possibility of a transitional deal with Brussels to ease Britain’s departure from the bloc, a position supported by Bank of England governor Mark Carney.

Britain’s post-EU prospects were given a verbal boost on Sunday by US President-elect Donald Trump, who said he favoured a quick trade deal with the UK.

But a fast-track bilateral deal with Washington will be difficult in practical terms.

Under EU rules Britain cannot sign trade deals with third party states until it is formally outside the bloc, a position which does not change despite the UK voting to leave.

A two-year negotiating period is foreseen in EU legislation for any country choosing to leave the 28-member bloc, a process which starts by triggering Article 50 of the EU’s Lisbon Treaty.

May has promised to formally launch Brexit talks by the end of March and the EU’s chief Brexit negotiator Michel Barnier has said there should be an agreement in place before the European Parliament elections in 2019.

But even if the prime minister’s plan as outlined on Tuesday wins widespread support, legal challenges could still scupper her Brexit timetable.

Britain’s Supreme Court is due to rule later this month on whether May must seek parliamentary approval before triggering Article 50, which could delay the start of Brexit negotiations. 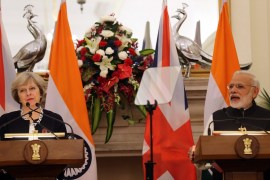 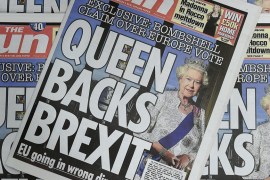 Brexit named word of the year by Collins Dictionary 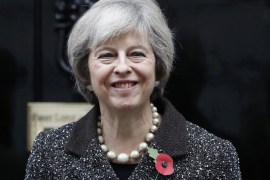 Sterling at $1.21, its lowest since 1985, after prime minister says UK will not hold on to “bits of EU membership”.