The Central Bank of Oman ordered all local commercial banks and exchange companies to trade the Qatari riyal at the official exchange rate.

“The Central Bank of Oman will also accept Qatari riyals and provide exchange services if needed,” the statement said.

The Qatari currency came under pressure as Gulf commercial banks began to hold off on dealing with Qatari banks because of the diplomatic rift in the region.

Late last month, the Qatari riyal was trading in Oman below the official peg, set at 3.65 to the dollar.

Trade volume between Qatar and Oman stood at around $800m in 2015, according to Qatari sources.

Some banks in Saudi Arabia, the United Arab Emirates and Bahrain were delaying business with Qatari banks, such as letters of credit, after their governments cut diplomatic ties and transport links with Doha in June.

Last month, Saudi Arabia’s central bank advised banks in the kingdom not to trade with Qatari banks in Qatari riyals.

Qatari assets have come under pressure since Saudi Arabia, the UAE, Bahrain and Egypt imposed a boycott on the Arab Gulf country. 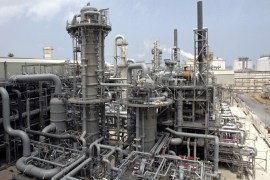 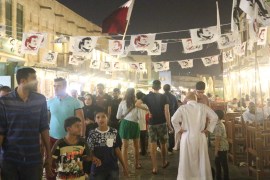