May Day marchers have taken to the streets in several cities across Sweden to call for Muslim women’s right to work while wearing the hijab.

The International Worker’s Day event on Monday followed a decision by the Court of Justice of the European Union, which allowed private companies to ban employees from wearing visible religious symbols – a ruling Muslims said was a direct attack on women wearing the headscarf in the workplace.

The decision came after lawsuits were filed by a Belgian and a French woman who argued that they had been dismissed from their jobs for wearing the hijab. The hijab is a headscarf worn by many Muslim women who feel it is part of their religion.

Protesters in the capital, Stockholm, as well as in the cities of Malmo, Gothenburg, Vasteras, Sala and Umea, chanted slogans such as “crush racism”, “my hijab is not your business” and “employment is our right”.

“Muslim women here [Gothenburg] don’t usually go out to protests on May Day, so it’s empowering to see so many people from different backgrounds fighting for labour rights,” Maimuna Abdullahi, one of the event organisers, told Al Jazeera.

“I came out because it’s our society’s responsibility to stand for all of us,” said Gabrielle Guastad, a participant in the march, which was planned by a network of Swedish activists in Gothenburg called The Right to our Bodies.

Another marcher, Khaali Mohammed, said: “I marched because it’s my right to wear whatever what I want. The least the march could do is educate people and break the silence surrounding Muslim women’s worker’s rights.”

Organisers said they were stunned by the silence that followed the EU court ruling – and this prompted them to put together the event.

“There was no solid criticism against the ruling, especially here in Sweden, a country that is hailed for its human rights,” Abdullahi said.

“When we uploaded a video calling for action on May 1, several people across the country called us wanting to organise their own marches, because they too recognise that this EU judgement is a game changer.”

To promote the march, Aftab Soltani, one of the organisers, drew a “visibly powerful” Muslim woman.

She said the goal was to reverse the image of Muslim women as victims of discrimination.

“It’s an image of a strong hijabi, because the real narrative of resistance is not being told,” Soltani told Al Jazeera.

“Different activists and artists in Europe contacted us saying they will carry signs in support of Muslim women during the different May Day marches,” Soltani said.

“Prior to the ruling, we could encourage each other as Muslim women to at least file lawsuits against discrimination. Legalising the discrimination forces us to choose between our economic independence and our religious identity,” Abdullahi said.

“It makes the issue even worse because lawsuits were the only way to know what barriers Muslim women faced in the workplace.”

The ruling itself does not allow for a complete ban of the hijab in the private sector, but it is vague enough that it allows employers to arbitrarily decide what constitutes neutrality in the workplace.

“The court’s wording of neutrality in a company also indicates that hijabis are somehow abnormal, which further alienates them,” said Hajar El Jahidi from the European Forum for Muslim Women.

The court’s decision also caused some private sector employers to include a neutrality clause in their policy as a basis for removing or barring workers who wear the headscarf, El Jahidi added.

READ MORE: The reality and future of Islamic feminism

According to a recent study by the European Network Against Racism (ENAR), workplace discrimination for women who wear the hijab is three-fold, as they are judged for gender, ethnicity and religion.

This limits their career trajectory, since they are forced to either seek job alternatives within the Muslim community or remove the hijab.

Before the ruling, the average French Muslim woman wearing the headscarf would have to hand in at least a 100 resumes before receiving a reply, according to the ENAR study.

“These women then internalise this discrimination, so they don’t bother applying for jobs,” El Jahidi said.

There are greater implications for barring certain groups from the workplace, such as huge economic losses for companies who lack diverse workplaces, according to El Jahidi, who said that a positive outcome of the court’s decision is that the fight for Muslim women’s rights in Europe has moved to the streets.

The ENAR study also found that images of Muslim women in the media further exacerbate the discrimination they face. The political discourse is affected by images of women wearing the hijab that accompany stories about terrorism, domestic violence and gender inequality.

Yet, Abdullahi said that “the stories we are familiar with as Muslim women are stories of agency and resistance.

“However, these are not the stories we are being told in the public sphere. The only way forward is to continue the resistance, as we will not choose between our religious identity and our right to employment.” 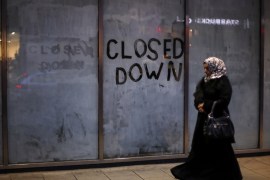 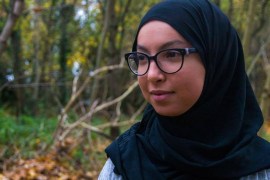