Saudi Arabia’s state-owned oil giant Aramco plans to invest a total of about $334bn by 2025, including spending on infrastructure and projects to maintain oil capacity.

Senior Aramco official Abdulaziz al-Abdulkarim, vice president for procurement and supply chain management, told a conference in Bahrain on Monday that the figure included spending on exploring for and developing unconventional resources, such as shale gas.

“Saudi Aramco is forecast to spend around $334bn. This will be spent on material and services to support service facilities, infrastructure projects, drilling and maintain [oil] potential projects, unconventional resources both in the exploration phase and development and several other projects,” Abdulkarim told the conference.

Saudi Aramco outlined a plan known as In-Kingdom Total Value Add (IKTVA) last year, when chief executive Amin Nasser said the company would spend more than $300bn over the next 10 years, of which 70 percent would be local content.

One of IKTVA’s goals is to double the percentage of locally produced energy-related goods and services to 70 percent of the total spent by 2021.

Saudi Arabia has announced its “Vision 2030” plan, aimed at ending the kingdom’s reliance on oil, including a proposed conversion of Aramco into an energy holding company, and selling up to 5 percent of the company in an initial public share offering (IPO).

“Some companies as a matter of fact have already moved early, quickly and smartly,” Abdulkarim said at the conference.

“In the past few months we have seen Schlumberger, General Electric and Siemens explain very robust IKTVA plans as their contribution to the Saudi Arabia Vision 2030,” he said.

The local sourcing target comes at a time of significant financial stress in Saudi Arabia, as the Gulf’s largest economy adjusts to lower oil prices and reduced state spending and economic growth.

As part of its local focus for the supply chain, Aramco aims to create about 500,000 direct and indirect jobs for Saudi nationals.

In its drive to boost local industry and create jobs, Saudi Aramco also plans to develop an energy industrial city between Al Ahsa and Dammam, which includes manufacturing oil-and-gas equipment and drilling centres for Aramco.

The kingdom racked up a record budget deficit of $100bn last year, forcing it to find new savings and ways to raise money.

It was the first announcement of pay cuts for government employees, who make up about two-thirds of working Saudis.

Housing and car allowances for members of the appointed Shura Council will be cut by 15 percent. Overtime bonuses were curbed at between one-quarter and half of basic salaries, while annual leave may now no longer exceed 30 days.

An exception to the curbs would be made for Saudi troops involved in combat operations along the southern border and abroad as part of an 18-month military intervention led by the kingdom in neighbouring Yemen. 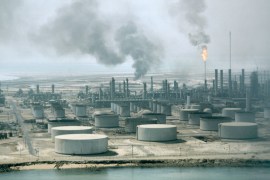 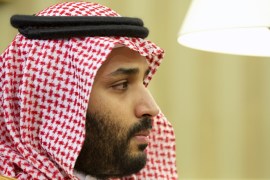