Tokyo, Japan – Crowds routinely throng Line Corp’s two-storey shop in the youth-culture mecca of Harajuku to browse everything from stationery to air purifiers featuring the company’s cute animal mascots, or to have their photos taken alongside them.

It might seem unusual for a company whose main product is a mobile messaging app to operate cartoon-themed retail outlets. But Line has delved into all kinds of businesses in its home market, leveraging the 50 million active users it has built up here.

Mobile instant messaging, which offers a free, internet-based alternative to sending conventional text messages, has become big business as more smartphone users spend a greater amount of their time on them.

And Line is the first such company to go public, hoping to generate as much as $1.3bn through a double listing in Tokyo on Thursday and in New York a day later.

“It shows how mature the messaging market has become, and the high engagement rate that smartphone users are showing when it comes to chat applications,” Serkan Toto, a mobile and gaming analyst in Tokyo, says of Line’s initial public offering.

The move comes two years after rival WhatsApp was acquired by Facebook for $22bn and Viber was bought by Japanese online retail behemoth Rakuten for $900m.

While some rivals have struggled to turn a profit, Line has been buoyed by its ability to generate revenue across a range of products such as downloadable games, and via services that allow users to do everything from hailing taxis to sending money using their smartphones.

The company generated about $1bn in revenue in 2015, up 40 percent from the previous year, according to its filing with the US Securities and Exchange Commission. It says most of that money came from sales of games and virtual stickers – which are similar to emojis – as well as from web and mobile advertising.

Line started out humbly as a messaging app to deal with communication problems in the wake of the triple disaster in Japan five years ago – earthquake, tsunami, and nuclear plant meltdown. Today, it has nearly 220 million monthly active users worldwide, 70 percent of whom live in Japan, Taiwan, Thailand and Indonesia.

But many analysts say the company, which is based in Tokyo but owned by South Korean internet giant Naver, faces stiff competition from rivals who are vying for a bigger piece of the global market.

Mobile messaging in South Korea is dominated by KakaoTalk, which has 49 million active users worldwide, according to market research firm Statista. In China, by far the most popular messaging app is WeChat, which has 760 million users globally. Both operate in a similar fashion to Line, having branched out into a variety of online services to make money.

But Toto says the most serious threat may be from Facebook, which has about two billion active users between WhatsApp and Facebook Messenger.

“It’s going to be very difficult for Line in the coming years to defend themselves against much more scaled, much more international competitors,” he says. “These geographical silos might also become one day unified by a big company – and I would bet my life on Facebook in that case.”

Line acknowledges that opening up new markets will be a challenge, saying in its SEC filing that it expects to continue expanding into other countries but that it “may be difficult due to the presence of established competitors”.

The company’s “service-based approach” also means it isn’t as readily able to snap up users in new markets as are some of its competitors, says Neha Dharia, an analyst based in India with technology research and consulting firm Ovum.

“But to replicate the Japanese model they need to have a whole ecosystem of partners and vendors in each market catering to the local culture. Because of that, it was harder for them to grow in new markets, where WhatsApp could come in with the same vanilla service and grow faster.”

Messaging apps also have to conform to the local laws, Dharia notes, which can affect the services they  provide in different countries.

Line and WeChat users have faced censorship issues in China, according to a series of reports by researchers at the University of Toronto’s Citizen Lab. In the case of Line, the researchers were able to compile a list of “keywords” – often relating to sensitive political issues of minority groups – that would keep messages from being delivered.

Their findings illustrate that “any company, whether domestic or foreign, operating within the Chinese market has to follow Chinese law and regulation around content filtering and information controls”, says Masashi Crete-Nishihata, research manager at the Citizen Lab.

A request to Line for comment on the censorship findings went unanswered for this article. But the company issued a statement to the researchers that said in part the company “had to conform to local regulations during its expansion into mainland China”.

A case in point may be Russia. President Vladimir Putin signed a surveillance bill into law last month that, among other things, demands that messaging apps keep records of all transmitted content for six months or face hefty fines.

“The best thing companies can do is be transparent about this and help ensure that users are making informed decisions about their own communications,” Crete-Nishihata says. 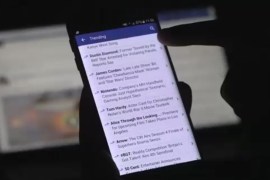 Facebook’s Messenger will be latest in string of apps provided with encrypted services. 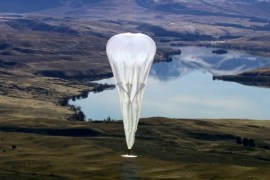