A giant Chinese-chartered freighter has passed through the expanded Panama Canal to mark the completion of nearly a decade of work forecast to boost global trade.

Thousands of people cheered and waved flags on Sunday as they watched the vessel, especially renamed COSCO Shipping Panama, inaugurate the widening of the century-old waterway, which has been fitted with a new shipping lane and locks.

“This is a great day, a day of national unity and a day for Panama,” President Juan Carlos Varela said in a speech. “This is the route that unites the world.”

The United States and China are the two most frequent canal users. Its expansion is expected to greatly benefit commercial traffic between North America and Asia.

Al Jazeera’s Teresa Bo, reporting from Panama, said the country’s authorities see the event as the beginning of a new era.

“They are hoping to turn this country into a trans-shipping centre for the whole world and for the region,” she said. “They want it to become a Dubai of the Americas.”

The expansion work carried out since 2007 – and finished two years late at a cost of at least $5.5bn – allows a new generation of much larger ships, known as Neopanamax class vessels, to ply the canal.

Neopanamax freighters can carry up to three times the cargo of older and smaller Panamax ships. Cruise ships built to the same dimensions typically double the number of passengers of the previous iteration.

They represent a lucrative segment of the shipping market whose importance has grown with the development of US exports of natural gas from shale, most of which head to Japan and South Korea.

Varela said the first LNG vessel is scheduled to cross the canal next month. He predicts that many more will follow.

Panama’s plan behind the expansion is to triple the $1bn in revenues it currently gets from canal shipping fees.

However, that goal might still be a decade or more away, according to officials from the Panama Canal Authority, the autonomous government agency that runs the waterway.

Potentially decreasing the return for Panama, the Spanish and Italian-led consortium that carried out the expansion are demanding hundreds of millions of dollars in cost overruns. 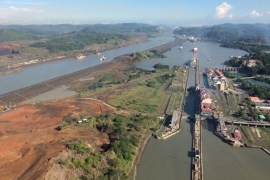 Despite delays and additional expenditure, the discovery of fossils opens up “a time of exploration”. 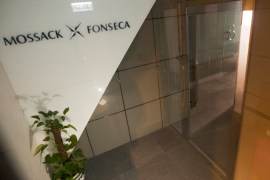