Monday’s emergency Eurogroup meeting on Greece promises to be a showdown between creditors, rather than the usual tug-of-war between Greece and those it owes.

The International Monetary Fund, the world’s most senior financial institution, on Friday told eurozone finance ministers that it will not be part of the Greek bailout unless they relax unrealistic terms of repayment on Greece.

Workers in Greece would seem to agree with the IMF. On Saturday night and Sunday morning they staged rallies in front of parliament, protesting against a bill that introduces $6bn in new austerity measures.

“We do not expect Greece to be able to sustain a primary surplus of 3.5 percent of GDP for decades to come,” she said. “Only a few European countries have managed to do so, carried by a strong social consensus that is not in evidence in Athens.”

In signing on to a third $98bn loan last July, Greece committed itself to generating a budget surplus equal to 3.5 percent of its economy each year, with which to repay debt. The IMF believes 1.5 percent is a more realistic and sustainable figure, which is coincidentally the margin Greece’s former finance minister, Yanis Varoufakis, asked for in 2015.

The IMF accordingly refused to be part of last year’s bailout and is technically not part of the Greek programme any longer, except in an advisory capacity.

The German government wants the IMF involved to enforce a tight fiscal policy, but it also wants the Greeks to repay their loans sooner – German Chancellor Angela Merkel has promised that to German taxpayers.

When Greece signed its loan last year, eurozone creditors promised it a discussion on extending its debt repayment – the IMF suggests 40 years rather than the current 16. Lagarde wants them to have that discussion now.

But the IMF is equally pressing Greece to reform its pension entitlements, which it says are about two times higher than they should be.

The government in Athens hopes that passing the bill on Sunday night will convince creditors to be more pliable. The bill would cut $2bn in spending on pensions, which are the government’s biggest expenditure by far, absorbing 25 percent of all tax revenue.

It would also raise workers’ pension contributions to one quarter of their income. Greek businesses say they cannot remain competitive with such high social security costs, but the government has little choice. Figures it released on Thursday revealed that since 2000, Greece has spent $176bn from the budget shoring up pensions – an amount equal to half its current debt of $373bn.

If Greece wants Germany to forgive some of that debt, it can hardly perpetuate the principal cause of it. 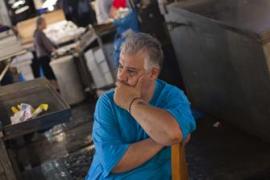 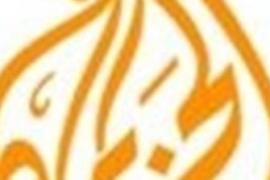