Wright, long-suspected of having created the crypto-currency, a form of digital money, on Monday published a blog post offering what he said was cryptographic proof that he is indeed Nakamoto.

The 45-year-old computer scientist also gave interviews to the BBC, the Economist and GQ magazine.

All three media organisations said that they reviewed the documents Wright provided and talked to Bitcoin insiders who have communicated with Nakamoto in the past.

“Mr Wright has provided technical proof to back up his claim using coins known to be owned by Bitcoin’s creator,” the BBC said in an article on its website. “Prominent members of the Bitcoin community and its core development team have also confirmed Mr Wright’s claim.”

After years of suspicion and guesswork about the identity of the Bitcoin founder, Wright gave proof that only its true creator could have provided, according to the BBC.

He digitally-signed messages using encryption keys that were created in the days after Bitcoin’s launch in 2009. These keys had to be created by Nakamoto, the pseudonym used at the time by the currency’s creator, the broadcaster said.

The Economist, though, was more sceptical about the evidence provided by Wright.

“Our conclusion is that he could well be Mr Nakamoto, but that nagging questions remain,” the magazine said on its website. “In fact, it may never be possible to prove beyond reasonable doubt who really created Bitcoin.”

In December 2015, two magazines, Wired and Gizmodo, claimed that Wright could be Nakamato after receiving documents believed to be stolen from him that revealed his involvement with the project.

Soon after these stories were published, authorities in Australia raided his home.

At the time, the Australian Taxation Office said the raid was linked to a long-running investigation into tax payments rather than to Bitcoin.

Wright told the BBC that he was cooperating with authorities.

“We have lawyers negotiating with them over how much I have to pay,” he said.

Bitcoin is a virtual currency that is created from computer code. It is bought and sold on a peer-to-peer network independent of central control.

Unlike a real-world currency such as the US dollar or the euro, it has no central bank and is not backed by any government. Instead, its community of users control and regulate it. 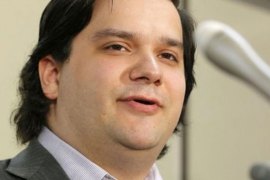 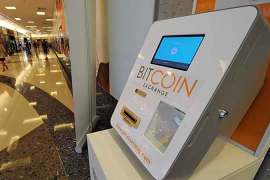