The Trans-Pacific Partnership (TPP) – a deal involving 12 economies worth about $28 trillion – was signed in Auckland, New Zealand, on Thursday by ministers from the Asia-Pacific region and the Americas.

The pact – which will cut tariffs, improve access to markets and set common ground on labour and environmental standards and intellectual property protections – was finally reached last October after five years of negotiations.

Al Jazeera’s correspondents analyse what the deal means for some of the countries.

China is not used to being excluded from a big new international organisation.

As the country with the world’s second largest economy, its absence from the TPP represents a loss of face.

It could also mark the start, perhaps, of an economic Cold War as China and the US vie for influence in the Asia-Pacific region. Beijing regards the pact as another Washington-led attempt to contain China.

The government’s countermeasures include support for a rival trade pact as well as its Silk Road project.

This is President Xi Jinping’s ambitious plan to revive the fabled trading routes between China and Europe via Central Asia. But the official mood could best described as ambivalent.

The government has said it might apply for TPP membership in the future. Besides, say economists, China’s key trading partners include four TPP member countries – Australia, New Zealand, Vietnam and Japan.

Observers also say that China may not yet feel it is ready to sign up to higher and more rigorous trade standards at a time when it is facing a multitude of economic challenges.

Regardless of whether you agree or disagree with the TPP, it’s a big deal.

So why is it being signed in little old New Zealand at the bottom of the world?

You can trace the origins of this pact back to 2000 when New Zealand and Singapore signed a free trade deal that was later joined by Brunei and Chile forming what became known as the P4.

Then, the likes of the US began discussions about creating a wider agreement involving more countries.

We’ve ended up with 12 nations signing the TPP and throughout all the negotiations, New Zealand has played a leading role as it sought to find more lucrative markets for its export-led economy.

If nothing else, it’s something of a diplomatic victory for this small country.

But there has also been a lot of opposition to the deal with several protests happening around New Zealand by people who ask why there has to be so much secrecy surrounding the details of the negotiations.

They also asked why New Zealand should be amending laws to accommodate other countries and giving big business the opportunity to sue the government if they feel any future legislation contradicts agreements made in the TPP.

The country’s late arrival was probably because of its reluctance to open its dairy, poultry and egg markets to foreign competition.

Those types of farmers are very protected in Canada.

The talks ended with an agreement on October 5 and Harper tried to present it as a win-win for Canada, which got access to a trillion-dollar market across Asia and the North America and got to keep import volumes low for politically sensitive farm products.

The left-of-centre New Democrats said the deal was bad for everyone, and the eventual election winners, Justin Trudeau’s Liberals, said they would study the deal before deciding on a stance.

Now that Trudeau is in power, he says Canada will sign the TPP but keep studying before it ratifies – something critics say is akin to having your cake and eating it too.

Canadians aren’t broadly opposed to free trade as their country is a big exporter of commodities and always needs new markets. But polls show they’ll need convincing on some aspects of the TPP.

If, as supporters suggest, it leads to cheaper milk and eggs, then probably this country will feel comfortable inside the world’s largest trading bloc. If not, expect growing opposition.

Critics in Mexico have called the TPP “NAFTA on steroids”.

The reference is to the North American Free Trade Agreement that went into effect in 1994 and established a trading bloc between Mexico, the US and Canada.

Twenty-two years later, the same criticism of NAFTA is reverberating with the TPP.

Critics allege the TPP was negotiated secretly, the benefits will only reach multinational corporations while failing to trickle down to farmers and workers and may adversely impact food security in Mexico.

President Enrique Pena Nieto has characterised the TPP as a signature policy. He says it will give Mexico an expanded opportunity to trade with countries on the most populous continent.

He has promised Mexicans that it will bring greater investment, increase exports of cars and electronics and bring more “well-paid jobs” to the country.

Just as there remains great debate on the overall merits of NAFTA for Mexican farmers and workers, it’s likely there will continue to be debate about how TPP will impact jobs in Mexico. 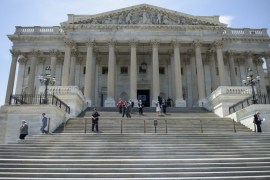 Critics argue a lack of transparency could kill the Trans-Pacific Partnership before it even comes into effect. 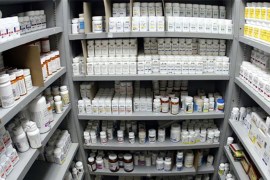