India’s prime minister has defended his government’s decision to demonetise the country’s highest-value currency bills in an unusual New Year’s Eve message to the nation.

Narendra Modi has called India’s demonetisation drive, which withdrew 86 percent of the country’s currency bills from the system, “a historic purification ritual” to cleanse the system of tax evasion and corruption.

“This will play an important role in changing the direction of the nation in times to come,” he said in a televised speech on Saturday.

He lauded the nation for “bearing with the inconveniences with extreme patience”.

Most of the country’s poor did not have proper IDs to exchange the old banknotes for new ones, or the time to stand in lengthy queues in front of banks.

On November 8, Modi told the nation that India was withdrawing 500- and 1,000-rupee currency notes as legal tender in order to crack down on the country’s massive amounts of “black money”, or untaxed wealth.

Jayati Ghosh, a professor at the Centre for Economic Studies and Planning at the Jawaharlal Nehru University, says demonetisation was a “foolish mistake”, with only one percent of economists believing it was a good idea.

“This move hasn’t attacked the processes that cause of black money. It’s made the foolish mistake of equating currency with blackness and corruption,” she told Al Jazeera from New Delhi.

“It’s like taking 86 percent of the blood from a person and then forcing him to go run a marathon.

“This decision will destroy employment and livelihoods and that will have negative multiplier effects over time. Both the formal and informal sectors have been down in the last month. This will only continue to worsen in the coming quarter.”

Since coming to power in 2014, Modi has pledged to crack down on unaccounted wealth or so-called black money with a series of new measures, including 10-year jail terms for evaders.

The latest announcement comes a little over a month after the government raised nearly $10bn through a tax amnesty for Indians to report undeclared income and assets. 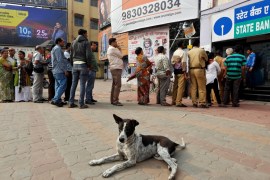 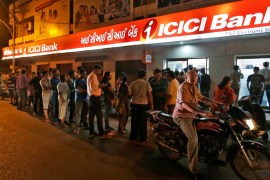