Christine Lagarde, the IMF chief, has gone on trial in France for negligence over a large state payment to a businessman in 2008 while she served as the country’s finance minister.

Lagarde has denied the charges of negligence, and has argued she was acting “in the state’s interest” in approving a $425m payout to Bernard Tapie, the former owner Adidas, following the sale of the sportswear company.

Lagarde told a judge presiding over the case on Monday that she “didn’t plan to keep quiet”, when she was advised of her right to remain silent. Her defence team is expected to push for an adjournment.

The bank sold it again the year after at 701 million euros ($746m), leading Tapie to claim he had been cheated.

Lagarde, upon becoming finance minister in 2007 under then president Nicolas Sarkozy, ordered that Tapie’s long-running battle with the state be resolved by arbitration.

Investigators suspect that the whole process was rigged in favour of Tapie, who had close connections with political circles, including Sarkozy.

Civil courts have since quashed the unusually generous award, declared the arbitration process and deal fraudulent and ordered Tapie to pay the back the money.

Investigating judges say Lagarde committed a series of serious errors when she made the arbitration choice and also, later on, when she refused to challenge the deal, suggesting that she may have been influenced by the political connections between Tapie and Sarkozy, according to court documents.

“Ms Lagarde’s behaviour proceeds not only from a questionable carelessness and precipitation, but also from a conjunction of faults which, by their nature, number and seriousness, exceed the level of mere negligence,” the judges wrote at the end of their investigation.

Separately, a criminal investigation into the case is still ongoing. In that case, Tapie, his lawyer, one of the arbitrators and Lagarde’s chief of staff at the ministry, Stephane Richard, now the chief executive of the telecom company Orange, were given criminal charges of gang-related fraud, and police searched Lagarde’s Paris home.

Tapie later got another charge of misappropriation of funds.

If found guilty, Lagarde could receive a maximum one-year prison sentence and a $15,900 fine.

In a documentary broadcast on French television on Sunday, Lagarde said she was “confident and determined”.

“I tried to do my work the best I could within the limits of what I knew,” she told France 2.

“Negligence is an unintentional offence. I think all of us have been a little bit negligent at some stage of our lives.”

Lagarde’s trial and possible conviction may raise concern about her ability to remain the head of the IMF.

The Washington-based institution’s credibility was already shaken when her predecessor, Dominique Strauss-Kahn, also a French citizen, was forced to resign amid sexual assault allegations in 2011.

The IMF’s board has so far supported Lagarde at all stages of the French legal proceedings, which began the month after her appointment in July 2011. 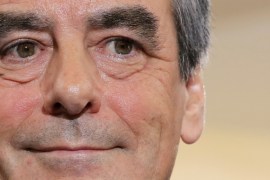 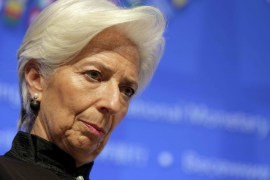 French court rules IMF chief Christine Lagarde must stand trial for her handling of a massive state payout in 2008. 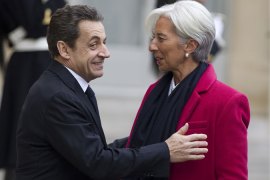