Egypt has devalued its currency by 48 percent, meeting an important demand set by the International Monetary Fund in exchange for a $13bn loan over three years to overhaul the country’s economy.

Thursday’s much anticipated decision by the Egyptian Central Bank followed a sharp and sudden decline this week in the value of the dollar in the unofficial market, dropping from an all-time high of 18.25 pounds to around 13 to the US currency.

The devaluation pegs the Egyptian pound at 13 to the dollar, up from nearly nine pounds on the official market.

The IMF’s executive board has yet to ratify the $12bn loan provisionally agreed by Egypt and the IMF in August.

A shortage of dollars in the economy had put the currency under intense downward pressure in recent months.

A rapid slide on the black market to 18 earlier this week pushed the importers to cease buying, with the rate strengthening to 13 late on Wednesday, creating a rare opportunity for the central bank to devalue.

The central bank said the new exchange rate was non-binding and would serve as “soft guidance to jump-start the market”.

It was not clear how much foreign exchange would be offered at Thursday’s exceptional sale.

The central bank also said in a statement that it would abolish the priority list for imports and that banks would be allowed to operate until 9pm local time every day, including weekends, for foreign exchange transactions and transfers only.

The Egyptian economy has suffered from a general slowdown since the revolution of January 2011.

Devaluation was always a goal of the government and was necessary for long-term economic growth as the pound was unnaturally overvalued.

In terms of monetary policy since 2011, the government has attempted to support the Egyptian pound against the dollar, a policy the central bank governor [who was appointed in November 2015] labelled a “grave mistake”.

Already, Egyptians face capital controls, including limits on transferring currency abroad and the amount they can withdraw to travel overseas.

In a country in which 27 percent of the population lives below the poverty limit, Egypt’s poor will bear the brunt of the devaluation. 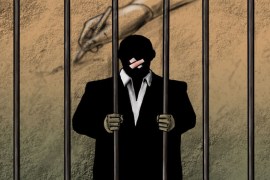 Walking into a trap: How I ended up on trial in Egypt

When he was offered a role with an international NGO, journalist Yehia Ghanem had no idea it would land him in court. 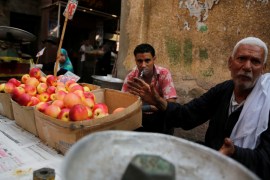