Harare, Zimbabwe – A large line snakes its way down a dimly-lit street, as a group of bleary-eyed men wait patiently outside a bank in Zimbabwe’s capital.

Some of them have been coming here for days, spending their nights lying on uncomfortable cardboard boxes in the hope that when morning comes, they will be able to withdraw some money amid worsening cash shortages.

“It’s painful,” a young man told Al Jazeera. “We leave our families at home. Sleep out here in the dark, in the cold. We don’t even remember what our beds feel like any more. It is disgraceful.”

Zimbabwe’s economic crisis is going from bad to worse, forcing hundreds of people to sleep outside their banks to be able to get money.

The country adopted the US dollar and South African rand in 2009 after massive inflation wreaked havoc on the economy and rendered the local currency worthless. But banks are now running out of US dollar reserves, and that is leading to massive queues.

Some banks have already limited withdrawals to just $50 a day per person.

“It’s become a way of life,” said Al Jazeera’s Haru Mutasa, reporting from Harare. “Sleeping outside the bank is the only way some Zimbabweans can make sure they get cash.”

The government has announced plans to introduce a local currency called bond notes. It hopes that the cash injection will boost exports, benefit local businesses and ease the suffering of Zimbabwe’s poor population.

But some economists warn the never-ending bank queues may not disappear anytime soon.

“Definitely, they will persist unless or until there is an inflow of capital into the country, which is unlikely,” Prosper Chitambara, an economist, told Al Jazeera.

“Without that, the queues will persist.”

Right now, the only thing most people can do is wait and try to get as much money out of their bank as possible once they manage to reach the cashier.

“More people are planning to spend another uncomfortable night in front of a bank,” said Al Jazeera’s Mutasa.

“They hope tomorrow will be easier; they hope they can withdraw $100 instead of 50.

“Then they won’t have to do this again … at least until next month.” 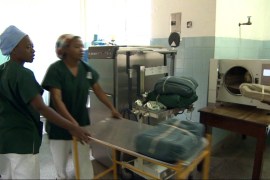 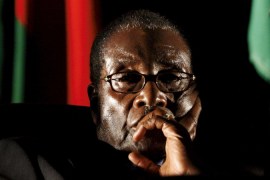