The British financial trader accused of manipulating markets and causing the 2010 “flash crash” in US stocks has pleaded guilty in a Chicago court to fraud charges, according to authorities.

Navinder Singh Sarao, a 37-year-old working out of a modest suburban home in Hounslow, West London, allegedly made tens of millions of dollars with a computer program that could automatically manipulate prices.

Sarao was extradited to the United States on Tuesday and entered the guilty plea on Wednesday to one count of wire fraud and one count of “spoofing”, an illegal stock manipulation technique, in the Chicago federal district court, the Justice Department said.

“By flooding the marketplace with bogus orders, his scheme victimised countless individuals.”

Sarao agreed to forfeit nearly $13m in gains and faces up to 30 years in prison, Erica Lacy, a department of justice spokeswoman, said.

Meanwhile, the US Commodity Futures Trading Commission announced that it was seeking monetary sanctions of $38m in the case against Sarao.

A grand jury indicted Sarao last year, accusing him of earning $40m through “spoofing” the market with fake orders between 2010 and 2014 to move the prices of securities.

The indictment detailed how he built a system with the help of programmers specifically designed to help him repeatedly issue and cancel simultaneous sell-and-buy orders in key securities to make the prices go in the direction he wanted.

Emails cited in the indictment made clear that he knew what he was doing.

His activities were blamed for the sudden market crash of May 6, 2010, when the Dow Jones Industrial Average plunged 600 points in a matter of minutes, wiping hundreds of billions of dollars from share values.

Sarao was arrested in London in April 2015 and was granted bail after months in jail after admitting he had parked $31m in assets in Switzerland, according to Bloomberg. 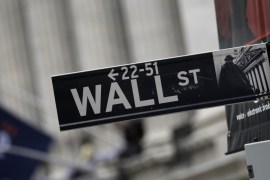