Twitter is cutting about 9 percent of its global workforce as its quarterly revenue growth slowed sharply in the third quarter but topped analysts’ expectations.

It is also killing off Vine, a mobile video app where people share short video clips that play in a loop. While beloved by users and a pioneer in its own right, Vine, which launched in 2013, never took off with the masses and has lost its lustre as of late.

Twitter Inc, which has struggled amid competition from Facebook, Snapchat and Instagram, announced on Thursday that it expects to book about $10m to $20m in workforce restructuring charges.

Since the end of 2014, Twitter has picked up just 15 million monthly users to expand its audience to 313 million people through June.

On the stock market, Twitter’s shares rose nearly 4 percent to $17.97 in premarket trading on Thursday.

The company reported a 20 percent rise in revenue in the previous quarter and 58 percent last year.

Twitter has about 3,860 employees globally as of June. The layoff could hurt the company’s image in San Francisco, where the competition for engineering talent is fierce.

The company said the restructuring “is intended to create greater focus and efficiency” and help move toward profitability in 2017.

Twitter is placing a big bet on live video and wants to be the go-to place to share opinions in real time.

The company, led by co-founder Jack Dorsey, said it expected to incur cash expenditures of about $10m to $20m in the fourth quarter, mostly in severance costs. 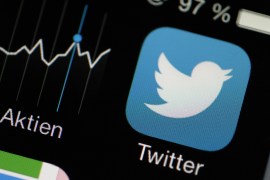 Has Twitter lost its way after a decade of tweets?

Twitter launched 10 years ago but the social media platform is struggling to attract new users and turn a profit.