A recent poll has found that 63.8 percent of youth in the West Bank and Gaza would rather maintain the Palestinian Authority than dissolve it. Analysts and political activists, however, believe the figure does not reflect the reality on the ground.

The survey, conducted by the Jerusalem Media and Communication Centre, in cooperation with the German Friedrich-Ebert-Stiftung foundation, also found that 49.6 percent of youth said the PA’s performance was generally good.

Analysts say the falling popularity of the PA, a semi-governmental body that administers the Israeli-occupied West Bank, has caused them to question the accuracy of the poll and to highlight the importance of the responses in the current social and political environment.

Alaa Tartir, programme director of the Al-Shabaka Palestinian think-tank, says the options provided to the respondents are misleading. “This dichotomy of perpetuate vs dissolve reflects a black and white understanding which does not reflect the complex reality,” Tartir told Al Jazeera.

One million Palestinians are financially dependent on the PA. They have a vested interest in keeping 'business as usual'.

“If respondents were given a third choice, like redefining the duties and responsibilities of the PA, then the results might be considerably different.”

The Oslo Accords, which were meant to lay the foundation for a future Palestinian state in the occupied territories, placed the PA in a subordinate position to Israel on several levels. Today, Israel collects tax on behalf of the PA and has used it regularly as a means for pressuring the Palestinian leadership into political compliance.

The PA also works with Israel to fight opposition to the occupation as part of “security coordination”, causing many to view it with hostility and as illegitimate, activists say.  Yet, Tartir believes it is important to consider the nearly “one million Palestinians financially dependent on the PA”. “They have a vested interest in keeping “business as usual”.

The fear of the chaos that is likely to ensue in the case of the PA’s destruction, says Tartir, is an important factor to consider when analysing the figures.

But the Palestinian youth in the West Bank and Gaza, according to Waleed al-Modallal, head of political science at the Islamic University of Gaza,”believe that the end of the PA will lead to the decline of the economic situation, causing many to lose their jobs”.

Nonetheless, al-Modallal says the survey results do not reflect public opinion. “[Youth in Gaza] are deprived of work opportunities and suffer from increasing unemployment levels, leaving them discontent with the PA,” he told Al Jazeera. “It is clear that most of those who were surveyed are benefiting from the PA.”

“The PA eulogises itself and creates fear over the idea of its collapse, considering that the damage will be on the political, economic and social level of society,” said al-Modallal.

Fear also manifests in the form of reluctance to speak truthfully about the PA’s “performance”, Hazem Abu Helal, a political activist in the West Bank, told Al Jazeera. “There is an atmosphere of hysteria from the repression by the Palestinian security forces as they chase down youth for things related to expression of opinion.

“The repression has reached the highest point and the Palestinian authority is no longer able to accept any criticism or opposing opinions and the evidence of that is the large number of activists, detainees and politicians in jail.”

To the open-ended question on the most trusted Palestinian faction, the survey shows that 35 percent said Fatah, the PA’s ruling party, while 15.3 percent said Hamas, the political movement governing the Gaza Strip, and 32.9 percent said they “do not trust anyone”.

Also, when asked “which Palestinian [political] personality do you trust the most”,  34.6 percent said they do not trust anyone, while Abbas received 11 percent of the vote and 18 percent said “others”.

Abu Helal says these answers show what is already well-known in public – that the “Palestinian factions are suffering from a real crisis.

“Any trust in the factions has been destroyed and the means by which the factions gather support are exploiting the needs of the youth for work or work opportunities. So, the idea of belonging to a faction is becoming increasingly unpopular.

“This is a natural consequence of the lack of an independent Palestinian voice, causing much distrust.” 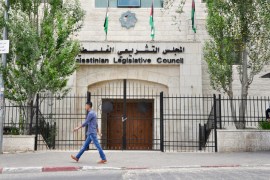 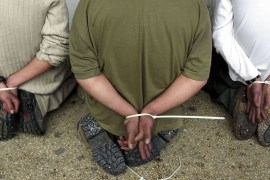