AT&T has unveiled a mega-deal for Time Warner that would transform the telecom giant into a media-entertainment powerhouse positioned for a sector facing major technology changes.

The stock-and-cash deal approved on Saturday is valued at $108.7bn including debt, and gives a value of $84.5bn to Time Warner, a major name in the sector that includes the Warner Bros studios in Hollywood and an array of TV assets such as HBO and CNN.

It would give the big US telecom firm “the world’s best premium content with the networks to deliver it to every screen, however customers want it”, a statement from the companies said.

Randall Stephenson, AT&T chairman and chief executive, said: “This is a perfect match of two companies with complementary strengths who can bring a fresh approach to how the media and communications industry works for customers, content creators, distributors and advertisers.”

The tie-up, which could face tough antitrust scrutiny, makes AT&T a strong rival to Comcast, which owns Time Warner rival NBCUniversal, and aims to counter the growing threat from online services such as Netflix and Amazon.

It also positions AT&T against longtime telecom rival Verizon, which has acquired internet group AOL and is in the process of buying Yahoo, and against new delivery platforms expected from Google and others.

READ MORE: US goes after $1bn in assets from Malaysia’s 1MDB

AT&T is the second-largest US wireless carrier and third-largest cable TV provider in the US, while Time Warner controls a valuable stable of entertainment content suppliers, including Warner Bros. film and TV studios, the HBO television production group, cable news giant CNN, and the TNT and TBS cable channels. 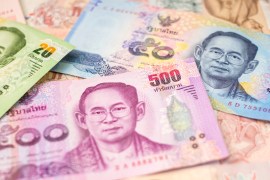 As Thailand mourns, how will foreign investors deal with the ensuing political instability? Plus, Saudi diversification. 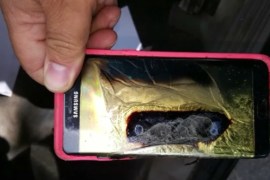 Samsung: Going up in flames

Can one of the world’s most popular consumer brands recover from a profit and trust crisis? Plus, Qatar’s Boeing spree. 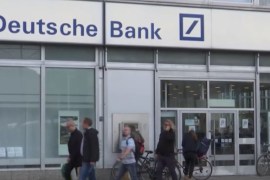 Are the banks still too big to fail?

We take a look at Deutsche Bank’s troubles and the health of the global financial system.