China released official gross domestic product (GDP) figures on Tuesday showing that 2015 had the slowest level of economic growth in the country in the past 25 years.

While this is troubling for the sputtering global economy, some analysts say that the data should not be too much cause for concern.

Al Jazeera spoke with Singapore-based Tony Nash, chief economist at the Complete Intelligence Consultancy firm, for his views on China’s stall in 2015 – and future prospects for the global economy.

Al Jazeera: What do you make of the official GDP figures?

Tony Nash: The numbers are a bit less than what was expected, but it’s really not as dire as many people positioned. If you think about the size of China’s growth, they’re a much bigger economy than they were five years ago – 6.9 percent growth today is massive compared with what it was in 2010.

China grew almost by the entire size of an economy of a country like Indonesia in one year. Yes, things are slowing, and yes, there are debt issues, but what they’re doing is still a monumental feat.

AJ: What are some of the factors in play here?

Nash: There are massive structural issues in China that need to be worked out and these things are being put in place. [President] Xi Jinping has put in some very big anti-corruption measures and there’s no doubt those have been a drag on growth as the Chinese have tried to become more transparent.

One of the bright spots in the numbers is retail sales. They are still around 11 percent and that size of growth is enviable for any country. It shows that the consumer economy – which everyone has been talking about for years that China needs to develop – is developing at a nice pace.

AJ: In terms of recession, a few years down the line, where do you think China’s economy will be?

Nash: I think China will continue to slow, no doubt. They are going to have some downside to clear out some of this consumer and corporate debt, and to clear out some of this retail and commodities overhang. China is already in an industrial recession, not necessarily a consumer recession. I think you may see a tick-down, but I don’t think you’ll see something on the dire side of that continuum.

AJ: Oil prices are a big topic these days. Is this a perfect storm that could lead potentially be a replay of 2007-08?

Nash: By the time we get to the middle of this year, oil prices will likely stabilise, because by the middle of last year we already saw oil prices decline quite a bit, so the magnitude of that will be muted. China will be more stable than it has been after the last nine months, after that pop in the equity market last June-July. And oil prices will become more stable too, because oil producers know consumers will be more accustomed to the new world of this kind of oil glut.

When I say “stabilise” I don’t necessarily mean “recover”, however. What it means is that China will see lower costs of imports for sure, and they’ll get used to that. That will help their manufactured goods – as long as the price of those goods can adjust globally. 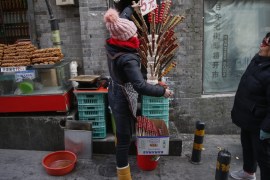 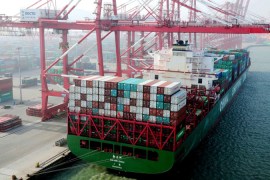