Iran has said that it plans to increase oil production by 500,000 barrels a day now that sanctions have been lifted under a nuclear deal with world powers.

Analysts say the decision is likely to bring down the price of oil further in the world market.

Roknoddin Javadi, deputy oil minister, said that Iran was determined to retake its market share, which collapsed after the sanctions were imposed in 2012.

His comments were posted on the ministry’s website on Monday.

Iran used to export 2.3 million barrels a day but its crude exports fell to one million in 2012.

Oil prices have recently fallen to about $28 a barrel, a 13-year low.

The UN nuclear agency, IAEA, certified on Saturday that Iran had met all of its commitments under last summer’s agreement, prompting the lifting of sanctions.

And on Monday, Yukiya Amano, the IAEA’s head, arrived in Tehran for talks with Iran’s President Hassan Rouhani.

With the lifting of the sanctions taking centre-stage, the United Arab Emirate’s energy minister said in Abu Dhabi on Monday that any extra supply of crude oil would “harm the market”.

In the first comments by an Arab Gulf member of OPEC about Iran since most sanctions were lifted, Suhail bin Mohammed al-Mazroui said any new production that came into the market would delay the time for the market to balance itself.

“… Does Iran have the right to do so? Yes of course; they are a member of OPEC and are entitled to that … but is this going to help [the] situation? No,” he said.

“We are having an oversupply and anyone who will introduce more supply in the current situation will make it worse.”

On Monday, OPEC gave reassurance that the price of oil would rebound later this year, saying non-OPEC countries would be forced to slow down production, thereby reducing supply and boosting the price globally.

Jochem Wermuth, a market analyst in Abu Dhabi, said it was “unlikely” that oil prices would ever go as high up as the levels of July 2008, when it hit $147 a barrel.

“I would think that what the market would see is a further fall in the oil price,” he told Al Jazeera.

“We think that it is a structural fall in the oil price. We don’t think it will swing up again soon, or, indeed, ever.”

Iran’s economy is expected to grow 4 percent to 5.5 percent in 2016 and 2017, largely because of increased oil production. 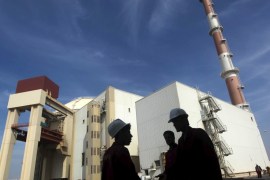 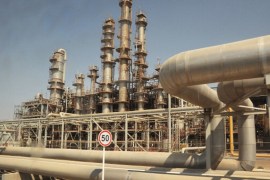