Oil fell briefly below $30 a barrel – for the first time in 12 years – before recovering slightly on a day that has seen a drop in prices of almost four percent.

Prices are down around 20 percent since the start of the year, dragged lower by soaring oversupply, China’s weakening economy and stock-market turmoil. In addition, the strong US dollar has made it more expensive for countries using other currencies to buy oil.

Traders have all but given up attempting to predict where the new-year rout will end, with momentum-driven dealing and overwhelmingly bearish sentiment engulfing the market.

Analysts said the bounce witnessed ealier on Tuesday was likely to be short lived.

“Oil prices have bounced just over $30 per barrel, in a weak fashion that brings dead cats to mind,” Seth Kleinman, head of energy research at Citigroup, said.

In addition, traders and analysts said ballooning oversupply and China’s slowing economy were the main reasons for the oil price rout, which has pulled prices down by over 70 percent since mid-2014.

They have also started to point at the US dollar as a drag for crude.

“No doubt, the US dollar is a key factor,” said Oystein Berentsen, managing director of crude oil at trading company Strong Petroleum (0852.HK) in Singapore. He added that the basic price driver was oversupply.

“Once the crude surplus turns into a product surplus and we start running out of storage capacity, there will be even more pressure on prices and an imminent collapse.”

Meanwhile, the Saudi Arabian riyal hit a record low in the forwards market, breaching the key 1000-point mark that raised fears that the kingdom will eventually scrap or loosen its currency peg to the US dollar.

The riyal is pegged in the spot market at 3.75 to the dollar.

British oil and gas company BP will slash 4,000 jobs in the face of a continued slump.

It said it aims to reduce its global oil production, or upstream, headcount as it undergoes a $3.5bn restructuring programme. 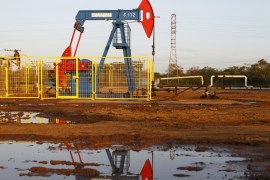 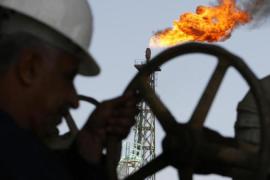 Price of Brent crude oil falls below $50 per barrel, for the first time since 2009. 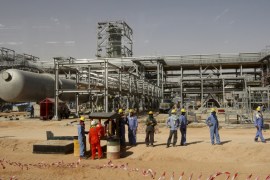