Britain should only trigger Article 50 to leave the EU when it has a “clear view” of how its future in the bloc looks, finance minister George Osborne said following last week’s shock referendum.

The surprise decision to leave the EU sparked the resignation of Prime Minister David Cameron, who had backed the unsuccessful Remain campaign – but has left the activation of Article 50, which triggers the departure, to his successor.

“The prime minister has given us time as a country to decide what that relationship should be by delaying the decision to trigger the Article 50 procedure until there is a new prime minister in place for the autumn,” Osborne said on Monday, in his first public comments since the result.

Article 50 is a five-point plan should any country wish to leave the EU.

The remarks, given at a Treasury news conference in central London, were timed to calm investor jitters ahead of the opening of European stock markets at 07:00 GMT.

The London stock market opened down by 0.8 percent, however. The pound sank to fresh 30-year lows.

“Only the UK can trigger Article 50, and in my judgement we should only do that when there is a clear view about what new arrangement we are seeking with our European neighbours,” he added.

“In the meantime, and during the negotiations that will follow, there will be no change to people’s rights to travel and work, and to the way our goods and services are traded, or to the way our economy and financial system is regulated.”

Al Jazeera’s Laurence Lee, reporting from London, said: “Effectively, there is not a functioning government in this country. Everybody wants to know what the Leave group has planned. None of that will become clearer until the next leadership contest has happened.”

Chancellor of the Exchequer Osborne expressed confidence that the British economy was strong enough to withstand the fallout from its EU exit.

“Britain is ready to confront what the future holds for us from a position of strength,” he added.

Britons cast aside warnings of isolation and economic disaster to vote 52 percent to 48 percent in favour of quitting the EU in Thursday’s vote.

“On Thursday, the people of the United Kingdom voted to leave the European Union,” Osborne added

“That is not the outcome that I wanted or that I threw everything into campaigning for.”

“Now the people have spoken and we, in this democracy, must all accept that result and deliver on their instructions.

He said he was not rowing back from the “concerns I expressed during the campaign” but added: “I fully accept the result of the referendum and will do everything I can to make it work for Britain.”

He cautioned, however, that it was “inevitable” that Britain’s economy would “have to adjust to the new situation we find ourselves in.

Elsewhere, leading Leave campaigner Boris Johnson tried to reassure those who had voted to remain in the EU.

He wrote in a column for The Telegraph newspaper: “The only change – and it will not come in any great rush – is that the UK will extricate itself from the EU’s extraordinary and opaque system of legislation: the vast and growing corpus of law enacted by a European Court of Justice from which there can be no appeal.

“This will bring not threats, but golden opportunities for this country – to pass laws and set taxes according to the needs of the UK.”

Also on Monday, Britain’s Labour Party continued to disintegrate, with the number of members who resigned from leader Jeremy Corbyn’s opposition rising. 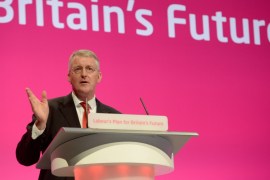 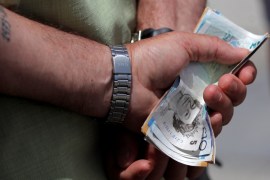 Stock markets and ‘investors not yet done’ with Brexit

Sterling sheds another 2 percent after crashing last week as Britain voted to leave the EU amid market jitters. 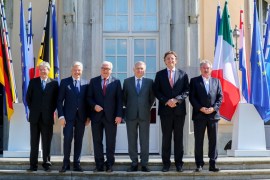 Brexit: EU push for UK to leave ‘as soon as possible’