Saudi Arabia’s cabinet has agreed on a broad-based economic reform plan, known as Vision 2030, revealing how the oil-reliant state plans to diversify its economy over the next 14 years.

Prince Mohammed bin Salman, the deputy crown prince, said on Monday that the country was building up its public investment fund to become a major player in global markets.

He said Saudi Arabia was restructuring its housing ministry to increase the supply of affordable housing, and creating a “green card” system within five years to give expatriates long-term residence.

“Almost 10 million foreigners send their money back to their country. They can’t invest in this country, so with this green card idea we are giving more rights to expats for investment or to buy houses,” he said.

Saudi Arabia will also sell shares in state oil giant Aramco and set up the world’s largest wealth fund in line with the plan, Mohamed bin Salman said separately in an interview with the Saudi-owned Al Arabiya news channel.

“We plan to sell less than 5 percent of Aramco. Aramco’s size is very big. It is estimated at between $2 trillion and $2.5 trillion,” he said.

“We plan to set up a $2 trillion sovereign wealth fund … part of its assets will come from the sale of a small part of Aramco.”

Saudi Arabia’s economy has suffered over the past 12 months in line with the falling price of oil, with a $98bn budget deficit last year and an estimated deficit of $87bn this year. Its reserves decreased from $746bn in 2014 to $616bn today.

“They have announced these kind of changes before. It is going to be very interesting to monitor the implementation of the new rules,” Ahmed al-Ibrahim, an expert in Saudi affairs and security, told Al Jazeera.

“To implement some of these, you need the collaboration of society. For example, if you want to increase the empowerment of women, you need to liberalise your society,” he said.

“In so many more ways, Saudi society needs to contribute to the government for the Vision 2030 to succeed.” 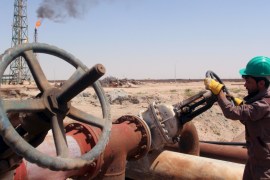 What are the risks of not capping oil production? 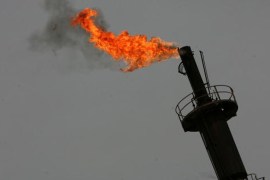 As the Doha oil summit fails to reach a deal to freeze production, we examine the state of the global oil industry.