Federal police officer Jose Cyrispiniano said on Friday that police searched Lula’s home and offices linked to him, including the Instituto Lula, his non-profit organisation, as well as houses of his family members.

Cyrispiniano said that police were acting on a warrant that requires Lula to answer their inquiries as part of an investigation dubbed Operation Car Wash.

Officials said that a major sweep, including detentions and searches of properties, had taken place in three states as police deepened their investigation into a vast embezzlement and bribery conspiracy centred on Petrobras.

“About 200 federal police and 30 auditors served 44 warrants, including 33 warrants for search and seizure and 11 for detention for questioning,” the federal police said.

Al Jazeera’s Marga Ortigas, reporting from Rio de Janeiro, said that there have been reports of clashes between groups of rival protesters outside Lula’s home in Sao Paulo, following his detention.

She said that Lula’s  supporters have also rushed to the Sao Paulo airport, where police are currently investigating the former president.

Our correspondent also said police operation across three states were still ongoing, in what she described as “the most politically explosive development” in the corruption investigation.

Lula has denied the allegations.

Jose Chrispiniano, a spokesman for Lula and his institute, said on Friday that the ex-president’s detention for questioning and the search of his home amounted to an attack on the rule of law.

“The violence carried out today against the ex-President Lula and his family … is an assault against the rule of law that impacts all of Brazilian society,” he said.

The operations in the states of Rio de Janeiro, Bahia and Sao Paulo involved investigations into “corruption and money laundering, among other crimes practised by various people in the context of the Petrobras criminal scheme”. 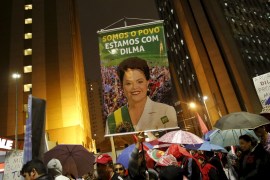 Speaker of lower house and ex-president named by prosecutors in investigation into kickbacks scheme linked to Petrobras. 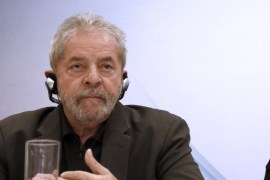