Apple’s CEO Tim Cook has hit out at a court order that would force the company to write software allowing the FBI to crack encryption on its devices.

In a letter published on the company’s website on Wednesday, Cook said the move would set a dangerous precedent and have implications for the privacy of its customers.

The US government wants to crack encryption software on a phone belonging to one of the San Bernardino attackers, Syed Farook, but Apple says doing so will compromise security on devices belonging to other customers.

“Compromising the security of our personal information can ultimately put our personal safety at risk. That is why encryption has become so important to all of us,” Cook said in the letter.

“The FBI asked us for help in the days following the attack, and we have worked hard to support the government’s efforts to solve this horrible crime. We have no sympathy for terrorists,” he added.

The FBI wants software that bypasses the usual self-destruct mechanism that erases data when someone enters the wrong password too many times. Codebreakers want the ability to use as many combinations as possible at the same time to find one that lets them access the phone.

Cook said that releasing encryption-breaking techniques would create a back door that would roll back decades of security advancements in technology.

“The same engineers who built strong encryption into the iPhone to protect our users would, ironically, be ordered to weaken those protections and make our users less safe.

“The US government has asked us for something we simply do not have, and something we consider too dangerous to create.”

The order represents a significant victory for the US Justice Department. The Obama administration has embraced stronger encryption as a way to keep consumers safe on the Internet, but struggled to find a compelling example to make its case. 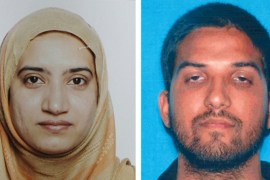 San Bernardino shooting: How not to cover breaking news

We look at the divisive and sensationalist media coverage of the mass shooting; plus, the rise of social news videos. 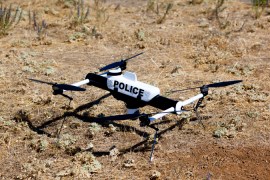 With 30,000 drones expected to be flying over US skies by 2030, there is little clarity over what they will be doing. 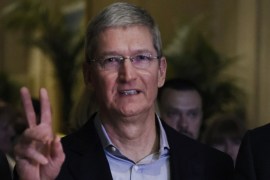