Ramallah, occupied West Bank – In a sparsely furnished Ramallah living room, A. is slumped on a foam mattress under a striplight. He has just been released by Israeli police after being caught entering Israel without a permit for the fourth time.

“I was climbing over the wall. When I got over, there was an army jeep driving around nearby,” said A., who requested that his full name not be used. “They arrested me and took me to the police station in Beit Hanina.”

After spending 10 hours in Israeli police custody with around 50 other Palestinians also caught that day, A. was taken to a West Bank checkpoint and eventually returned to Ramallah.

He is one of the tens of thousands of Palestinians who travel to work in Israel each year, drawn by markedly better employment prospects and higher wages.

In total, according to the Bank of Israel, 92,000 Palestinians crossed the Green Line to work in 2014, a figure that includes both those with and without permits.

Israel recently announced it would increase the number of work permits granted to Palestinians residing in the occupied West Bank by 8,000.

We cross through a hole in the fence. Then, we run for 200 or 300 metres, sometimes two kilometres if there are soldiers... It's dangerous.

However, these permits are only granted according to strict criteria. For young, unmarried Palestinian men, it is extremely rare to receive a work permit because this demographic supposedly represents a greater risk to security.

The days and weeks following the Eid al-Fitr festival, marking the end of Ramadan, are a particularly busy time for crossings, as Palestinians seek extra cash after what can be an expensive holiday.

S., another Palestinian who requested that his name not be used, regularly crosses into Israel from a remote area about an hour’s drive from the southern occupied West Bank city of Hebron.

According to him, every morning hundreds of Palestinian men gather within sight of the wire fence that follows the route for an unbuilt separation wall built by Israel through the occupied West Bank.

“We cross through a hole in the fence. Then, we run for 200 or 300 metres, sometimes two kilometres if there are soldiers. Then, we get in to the car on the other side,” he said, noting they are then picked up by Israeli Bedouin. “It’s dangerous.”

After they pack into the waiting cars, the workers are driven to another meeting point, where they switch vehicles and are driven to their destination. Some of these Palestinian passengers arrange work destinations in advance, while others go to a city to search for work.

“One day the soldiers started shooting at the workers as they were crossing. Sometimes the cars are chased by the army; sometimes they crash. I’ve seen this many times,” S. told Al Jazeera.

S., who is 31 years old and has two young children, has been working in construction in Israel since he was 14. He has applied for work permits on numerous occasions, but has never been granted one.

He usually works for two weeks at a time, returning home to see his wife and family every other weekend before repeating the journey.

In the 17 years that S. has been working in Israel, he had been arrested several times and was sent to Israeli prison on six separate occasions, spending between three and nine months there each time for entering Israel without a permit.

Despite this, he thinks the prospect of earning a much higher wage is worth the threat to his freedom.

Unemployment in the occupied West Bank reached 16 percent in the first quarter of 2015, according to the Palestinian Central Bureau of Statistics, while the average daily wage in that period was just 94 shekels ($25).

Although economic incentives are the main factor pulling Palestinians to work in Israel, those without permits are vulnerable to various forms of abuse by employers.

“If illegal Palestinian workers are injured on the job, employers do not cover the cost of their medical treatment,” said Arafat Amro, a field worker at the Israeli workers’ rights NGO Kav LaOved. “They usually take the injured man to the West Bank checkpoint and just leave them there.”

Many workers without permits are paid less than the minimum wage in Israel, and are often forced to sleep in tough conditions, either crowded into the building site where they work, or outside under trees, Amro told Al Jazeera.

“The minimum wage in Israel is 25 shekels ($7) an hour, but some of the illegal workers only receive 100 shekels ($26) for a 10-hour shift. Employers also underpay workers by reducing the hours or days they have worked on their pay slip,” he said.

There is no official data on the number of Palestinians working without a permit in Israel.

Amro told Al Jazeera that up to 60,000 Palestinians work in Israel without a permit, although the number varies depending on the security situation at any given time, and can fall as low as 30,000.

The number of Palestinians who work illegally is so high because their applications for permits to work are rarely successful. S. has never been granted a permit, and his several stints in Israeli prisons mean he has been blacklisted by the police and prohibited from even applying for a permit for 20 years, he said.

Most of the people that are refused in court are people that have family members that were caught throwing stones - not really serious things.

Sylvia Piterman, a spokesperson for the Israeli human rights NGO Machsom Watch, estimated that tens of thousands of other Palestinians are arbitrarily blacklisted by the police and security services.

“It’s a very big problem,” she told Al Jazeera. “Some have a permit and a normal, steady life, and suddenly, the security services stop them from crossing. Their life is cut.

“Most of the people that are refused in court are people that have family members that were caught throwing stones – not really serious things. Even brothers of prisoners that were released in the Shalit deal, they can’t get a permit,” she said, referring to the prisoner exchange in which Hamas freed Israeli soldier Gilad Shalit in exchange for Israel releasing 1,027 Palestinian prisoners. “It is collective punishment.”

Machsom Watch appeals against certain cases in which Palestinians have been blacklisted, advocating on behalf of many who approach the group asking for their services.

Machsom Watch first appeals to find out the justification behind the authorities’ decision as Palestinians are not initially given a reason when they are blacklisted. If the group thinks it has a strong case, it will take appeals to the next stage.

From January to May this year, the group submitted 810 appeals against blacklist decisions to the relevant authorities in the occupied West Bank. In 359 of the cases, the Palestinians were removed from the blacklist.

For Palestinians like A., working in Israel without a permit carries considerable risk. The 22-year-old has been arrested four times. He knows that if he is caught again this year, he faces the prospect of jail time.

But that will not deter him. “I’m going to try again in two or three days,” he said. “I don’t want to lose this job. I don’t have a choice.” 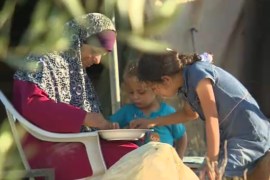 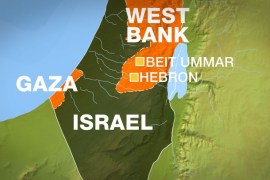