Jeff Bezos, the chief executive of Amazon, has swiftly sought to reject claims that the company he founded is a “bruising workplace,” saying a scathinh article published in the New York Times (NYT) “doesn’t describe the Amazon I know or the caring Amazonians I work with every day”.

The article, based on more than 100 interviews with current and former employees, described a workplace culture of long hours, backstabbing employees, and a callous approach to staff, including those suffering health problems.

The article quoted one ex-employee who said: “Nearly every person I worked with, I saw cry at their desk.”

The report also said employees were expected to respond to emails after midnight and that if they did not they would receive text messages demanding an immediate reply.

In a memo to staff, Bezos said: “[The NYT] claims that our intentional approach is to create a soulless, dystopian workplace where no fun is had and no laughter heard”.

“I don’t recognize this Amazon and I very much hope you don’t, either. More broadly, I don’t think any company adopting the approach portrayed could survive, much less thrive, in today’s highly competitive tech hiring market.”

The article also provoked heated responses from Silicon Valley leaders and Amazon employees, as well as generating more than 3,600 reader comments on the NYT piece.

Dick Costolo, the former Twitter chief executive, tweeted: “This has ‘taken out of context’ stamped all over it and symptomatic of a growing reliance on hyperbole to score points.”

Marc Andreessen, a well-known Silicon Valley equity investor, said on Twitter: “I’ve talked with hundreds of Amazon vets, men and women, over 20 years. Not one didn’t think it’s a good place to work.”

Josh Elman of the investment firm Greylock Partners tweeted that “this Amazon article seems to critique a culture that is in many ways winning and innovating”.

The article comes with Amazon and Bezos enjoying huge success, as the company continues to expand from retail sales to cloud computing, online videos, grocery deliveries and a range of other services.

Shares in the company have nearly doubled from lows last year, and Bezos has become one of the world’s wealthiest individuals with a fortune estimated at $47bn.

Leaping to the defence of the company, Amazon employee Nick Ciubotariu, in a LinkedIn blog post that was approvingly cited by Bezos, also disputed the claims in the article.

“We work hard, and have fun,” he Ciubotariu. “We have Nerf wars (an activity involving foam-firing toy weapons), almost daily, that often get a bit out of hand.

“We go out after work… we’re vocal about our employee happiness.”

Ciubotariu said he had “heard all the horror stories from the past” but defended the company culture.

“During my 18 months at Amazon, I’ve never worked a single weekend when I didn’t want to,” he said.

“No one tells me to work nights. No one makes me answer emails at night. No one texts me to ask me why emails aren’t answered.”

But some consumers found the NYT report convincing and disturbing.

“I cancelled my Audible membership, deleted my Kindle app, and will no longer be shopping from Amazon,” said one reader using the handle Katie.

“I cannot support a company that so purposefully creates a negative environment for its employees.

“It’s disgusting, it’s immoral, and I hope others feel the same after reading this article.” 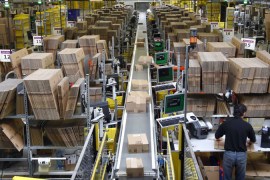 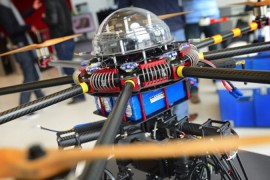 The system will use unmanned aerial vehicles to deliver items to households within half an hour of ordering them.