The Chinese government is scrambling to stop its main stock market from plunging, with the securities regulator warning the market is in the grip of “panic”.

The Shanghai Composite closed down 5.9 percent on Wednesday, while Hong Kong’s main stock index plunged 8 percent amid an accelerating sell-off in mainland China.

China’s two oil giants were among the biggest losers in Shanghai. PetroChina slumped 9.07 percent to 12.33 yuan while Sinopec fell by its 10 percent daily limit to 6.72 yuan.

Since mid-June, the Chinese stock market has lost almost a third of its value – a loss of $3.2 trillion.

Other markets in Asia were also sharply down on Wednesday, including Japan’s Nikkei, which lost more than 3 percent.

Al Jazeera’s Scott Heidler, reporting from Beijing, said that responding to the sell-off, more companies were taking their stocks off the market, not allowing them to be traded.

By Wednesday, about 1,400, or about half of the companies listed in China, had been suspended.

“The central government calls what has been happening ‘a panic and irrational sell off’,” our correspondent said.

Among the latest interventions by Beijing, the country’s 111 major state-owned enterprises were barred from selling shares in their listed subsidiaries by the State-owned Assets Supervision and Administration Commission, which oversees them.

The People’s Bank of China, the central bank, also pledged to support the “stable development” of the stock market by helping the China Securities Finance Co. raise funds, according to a statement on the bank’s website.

On Sunday, the government said the central bank would provide funds to the China Securities Finance Co. to help “protect the stability of the securities market”. 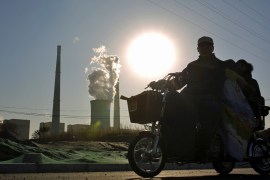 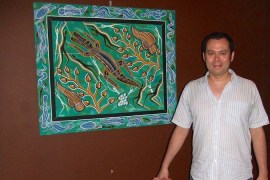