Malaysia has sent a team to the French island of Reunion, in the western Indian Ocean, to investigate whether wreckage found there could be from the missing Malaysia Airlines Flight MH370 plane which disappeared last year.

The Malaysian transport minister confirmed that the investigation team had been dispatched late on Wednesday.

Malaysia Airlines said in a statement on Thursday that it was “too premature for the airline to speculate the origin of the flaperon” found washed up on Reunion Island.

“With regards to the reports of the discovery of an aircraft flaperon at Reunion Island, Malaysia Airlines is working with the relevant authorities to confirm the matter,” the statement said.

France’s air crash investigation agency (BEA) said earlier on Wednesday that it was studying the piece of plane debris, but also added that it was too early to say if it came from MH370.

A spokesman for the agency said the part had not been identified. Aviation experts said that based on photographs of the debris it appeared to be a wing flap.

No trace has been found of MH370, which disappeared in March last year carrying 239 passengers and crew from Kuala Lumpur, bound for Beijing, in what has become one of the greatest mysteries in aviation history. Most of the passengers were Chinese.

Search efforts for the Boeing 777, led by Australia, have focused on a broad expanse of the southern Indian Ocean off Australia.

“At this point in time, the BEA is studying the information on the airplane part found in La Reunion, in coordination with our Malaysian and Australian colleagues, and with the judicial authorities,” the BEA spokesman said in an email.

“The part has not yet been identified and it is not possible at this hour to ascertain whether the part is from a B777 and/or from MH370.”

RELATED: Families wait in anguish for answers to MH370 mystery

The Associated Press news agency reported late on Wednesday that a US official had said investigators have a “high degree of confidence” that debris found in the Indian Ocean is from a Boeing 777.

The Australian Transport Safety Bureau (ATSB) said it was working with Boeing.

“We’ve received some pictures of the item and we are having them assessed by the manufacturers as to what they may be,” ATSB spokesman Joe Hattley told the Australian Associated Press.

Boeing said it would not comment on the photos. 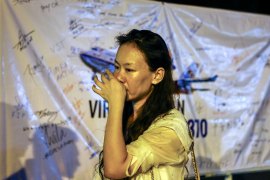 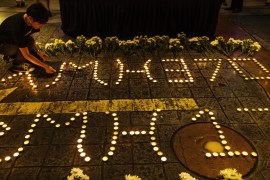 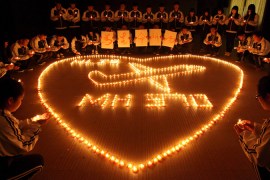 The mystery of flight MH370

How can a modern airliner with 239 people on board simply disappear?