A Greek government minister has said that Athens will not be able to repay the IMF on schedule next month, reiterating previous warnings by officials during tense talks on reaching a bailout deal with the country’s creditors.

“The installment to the IMF won’t be paid,” Interior Minister Nikos Voutsis told Mega TV on Sunday. “The installments for the IMF in June are $1.8bn. This money will not be given. There is not any to be given. This is a known fact.”

Voutsis added, however, that the negotiations between Athens and its creditors were taking place “on the basis of cautious optimism that there will be a strong agreement”.

Greece faces four debt repayments to the IMF from June 5. Athens would struggle to meet all of them without using bailout funds due to it that are being blocked by its international creditors.

A failure to honour the repayments could result in default, raising the spectre of a possible exit from the euro.

Last week, the parliamentary spokesman for Greece’s ruling Syriza Party said that the government cannot repay a loan to the IMF on June 5 as its priority is to pay salaries, pensions and running costs.

“No country can repay its debts with only the money from its budget,” Nikos Filis told Ant1 television.

“The Greek government’s plan is to cover all its requirements. With a priority on domestic requirements and then requirements towards the creditors. The government plans to respond to all the needs. This it has proven with great toil and under extremely difficult and trap-filled conditions this past period. This is what we will do in June,” he said.

The Syriza-led government is locked in talks with the European Union, European Central Bank and the International Monetary Fund to release a blocked final $7.9bn tranche of its $264bn bailout.

In exchange for the aid, creditors are demanding Greece accept tough reforms and spending cuts that anti-austerity Syriza pledged to reject when it was elected in January.

According to reports, creditors are demanding further budget cuts worth $5.5bn including pension cuts and mass lay-offs. 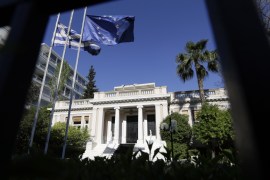 Athens and its international creditors expect to reach deal by the “end of May”, according to government spokesman. 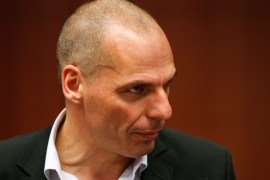 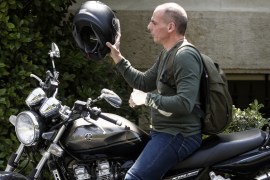 Pensions now make up 17 percent of nation’s economy, and they have become a safety net for society as a whole.