This year’s Innovation Prize for Africa has been awarded to biotechnology professor Adnane Remmal.

The $100,000 cash prize recognizes his development of a natural alternative to normal antibiotics for livestock.

The treatment,  which can either be added to the animal’s feed or to drinking water, was developed from naturally-occurring molecules he found had anti-bacterial, anti-parasitic and anti-fungal properties.

“My innovation provides farmers with solutions to improve their production,” said Adnane Remmal in a statement.

“It is cost-effective and can be easily adopted, giving farmers increased benefits without the side effects of antibiotics.”

His discovery was heralded as being especially important, given the rise of drug-resistant diseases and the increasing use of antibiotics in farming.

Two other $25,000 prizes were awarded, at Wednesday’s ceremony in Skhirat, Morocco.

The winner of innovation with the best business potential was Alex Mwaura Muriu from Kenya.

He developed a business model which allows farmers to find investors and share the risk of growing crops, even on small farms.

The prize for  innovation with the highest social impact was awarded  to South African Lesley Erica Scott.

She developed a machine that examines the accuracy of machines used to diagnosis TB, reducing instances of inaccurate diagnosis.

This year the Innovation Prize for Africa attracted 925 entries from 41 countries.

Other finalists included an early-warning fire detector, which uses radio signals to spread the alarm and stop fires in slums and shanty towns.

An environmentally friendly hydrogen-fuelled minicab, which offers Wi-Fi access and mobile charging while you ride, was also among those shortlisted.

“In Kenya and in Africa we rely on our extended family  when it comes to our times of need,” says developer Kyai Mullei, co-founder of M-Changa.

“If you think about medical emergencies, education bills, funerals and weddings, M-Changa is a platform that is designed to allow you to do that activity in a more efficient and transparent manner.”

Another finalist was an educational tool called Seebox.

It is designed to help children explore science and engineering, by playing with its electronic circuits, even in the absence of qualified teachers.

“While the child playing this game he basically works up a record for himself,” Johann Pierre Kok, the developer, told Al Jazeera.

“If you’re a technology company and you want to know who to give a bursary to, you will go with that data not academic achievement so much because you want to capture the natural engineers,  the little problem solvers.”

The African Innovation Foundation hopes the awards will give the particular projects a boost and also help promote social and economic transformation Africa-wide. 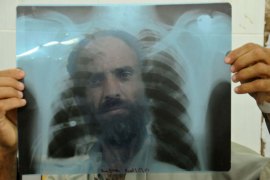 Production of new tuberculosis drugs wildly out of step with the development of the disease, medics say. 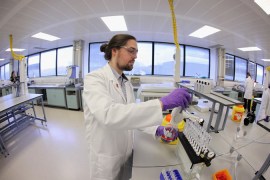 A new study shows that the global landscape for innovation has changed significantly during the past decade. 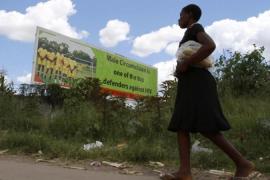