Tunis, Tunisia – Aymen Gharbi, 26, is a cultural entrepreneur who lives in the heart of Tunis’ old city. He has spent the past few months developing a walking tour around the city’s history Medina area in a bid to capitalise on a growing number of tourists choosing to visit the capital instead of the traditional coastal resorts.

But on March 18, Tunisia’s tourism industry suffered a blow when an attack on the National Bardo Museum killed 22 people, mostly foreigners. In the days following the attack the world scrambled to show solidarity with Tunisia.

Almost three weeks later, the Bardo museum has reopened and life for many continues as before. However, for the thousands of Tunisians employed in the country’s tourism sector the future is less certain.

Gharbi believes that it is important to reassure tourists about the country’s safety in the wake of the attacks. “We’ve seen this happen before in Tunisia, following the 2002 synagogue bombing in Djerba and in the years following the 2011 revolution,” he said.

“I think that the attack will definitely affect the tourism economy, but we need to send the message abroad that life here in Tunisia is continuing as normal. Last week’s attacks have encouraged me to do even more to promote the country’s culture and heritage. Our way of life hasn’t changed here, and we need to send this message to the world.”

RELATED: A turning point in Tunisia

Even before the museum attack, Tunisia’s tourism industry – which makes up 7 percent of the country‘s gross domestic product – had suffered in the wake of the uprising that toppled former President Zine El Abidine Ben Ali in 2011. In the following months, the tourism industry suffered a 30 percent fall in revenues according to the United Nations World Tourism Organisation.

Those working within the industry now believe that the country will see a similar drop this time around. Amin Bouktila is a tourist rep at the Riadh Palms Hotel in the coastal city of Sousse.

We need to tell potential guests that they will be safe here because we the people, along with the police, will protect you.

The resort is popular with European tourists and is likely to bear the brunt of any drop in tourism.

“Right now we are expecting a 30 percent decline on what we expected this year, and we are worried about the sort of image the attack is giving Tunisia abroad,” Bouktila said.

However, Bouktila is confident that the tourism sector will rebound. “I’ve worked in tourism here since I was 12 years old, and I can tell you that I’m not worried at all for our future here. Tunisia will always stand on its feet. We are not going to allow the attack to damage our reputation and our economy.”

And the mood among those visiting the North African state is equally defiant. Natasha Winter, an American visitor, arrived in the country a week after the museum massacre.

“Tunisia is a country I’ve wanted to visit for years, and frankly cancelling my trip out of fear would be allowing the extremists to win. Of course I will be more vigilant, but I wasn’t going to change my mind about coming. I feel it’s important to show solidarity with Tunisians after all the work they put into achieving a stable democracy,” Winter said.

In 2014, the number of arrivals to Tunisia topped 6 million people according to the Tunisian Ministry of Tourism, slightly lower than the pre-revolution figure of just under 7 million people.

The attack on the museum recalled the 2002 assault on a Jewish synagogue on the island of Djerba that left 21 people dead, causing the number of tourists visiting the island to decline in the immediate aftermath of the attack.

Nevertheless, the annual Djerba pilgrimage still attracts members of the Jewish community from across the

world, and many within the Tunisian tourism industry are confident of the country’s ability to bounce back yet again.

“Obviously, when we heard the news, we were worried that it might affect tourism here,” said Saliha Chouchane, the owner of a travel agency based in the coastal resort of Port El Kantouai.

“But tourism is our livelihood, and we are not about to let these extremists destroy it. We don’t have oil or gas here – we require tourism to survive, and anybody attempting to damage our livelihood will not be allowed to succeed. We need to tell potential guests that they will be safe here because we the people, along with the police, will protect you.”

“Tunisia is not the land of terrorism, and we won’t let the terrorists win,” Chouchane said. 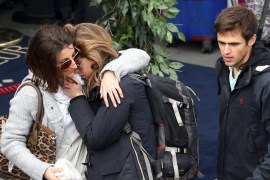 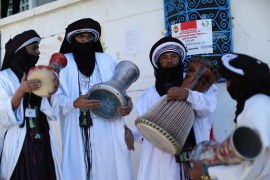 Event offered space to put forward ideas for better society based on principles of equality, reciprocity and solidarity. 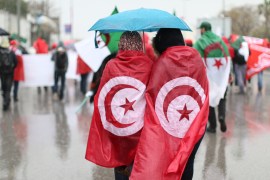