Power outages in Turkey have caused chaos in more than a dozen cities across the country, affecting train services and causing flights to divert, officials said.

The outages on Tuesday led to the cancellation of service on Istanbul’s metro and train lines to the capital, Ankara, with a number of reports on social media of flights being cancelled or delayed.

Turkey’s Prime Minister Ahmet Davutoglu said all possible causes of the outage were being investigated and did not rule out sabotage, but said that trouble with transmission lines was the most likely reason for the problem.

“Our main target right now is to restore the network. This is not an incident that we see frequently,” Energy Minister Taner Yildiz said during a trip to Bratislava, in comments broadcast on Turkish television.

“Whether or not terrorism is a high possibility or a low one I cannot say at this stage. I cannott say either whether it is a cyber-attack,” he said in response to questions from reporters, according to the Reuters news agency.

Yildiz said power was cut in many regions at 10:36am, and said a government crisis centre had been set up.

Broadcaster NTV said power cuts were reported in more than 40 of Turkey’s 81 provinces.

Cities suffering from the blackout include Hatay near the border with Syria, and Samsun on Turkey’s Black Sea coast.

Turkey’s electricity consumption has risen strongly in recent years, thanks to robust economic growth and a rising population. It has been forced to ramp up energy investments and imports of natural gas, its biggest source for power generation.

Energy officials quoted by the newspaper Hurriyet said it was Turkey’s biggest blackout in 15 years. 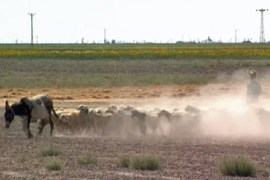 Turkey’s once fertile agricultural land is threatening to turn to desert. 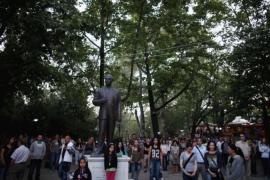 Sweeping reforms announced by Prime Minister Erdogan are hoped to be an impetus for drafting a new constitution.