Gulf Arab allies have pledged a further $12bn of investments and central bank deposits for Egypt at an international summit, a big boost to President Abdel-Fattah el-Sisi as he tries to reform the economy after years of political upheaval.

Kuwait, Saudi Arabia and the United Arab Emirates on Friday each offered $4bn to Egypt, which is grappling with attacks by armed groups as it tries to improve the investment climate four years after a popular uprising that touched off protracted turmoil.

Egypt hopes the conference in Sharm el-Sheikh will project an image of stability and improve investor confidence hit by the political upheaval touched off by the fall of veteran ruler Hosni Mubarak.

Cairo wants to double foreign investment in this fiscal year to $8bn, despite an insurgency in northern Sinai and frequent attacks across the country.

Egypt also expected to sign several memoranda of understanding at the conference, including one for the construction of a new administrative capital with a price-tag of about $40bn, Salman said. He gave no details.

The conference shaped up as an important test of Egypt’s reform agenda under Sisi, a former army chief who wants to remove investment barriers to help turn around the ailing economy of the Arab world’s most populous country.

Sisi’s crackdown on opponents has drawn fire from human rights groups. But he has won praise from foreign investors by cutting fuel subsidies that imposed a heavy burden on the state and by implementing other reforms.

He told the conference that his vision for Egypt’s economy centred on improving state finances and encouraging private sector investment through legislative reforms and respecting contracts in order to achieve growth rates of six percent over five years and reduce unemployment to 10 percent.

The head of the International Finance Corporation (IFC), a global development institution, said he was encouraged by Egypt’s reforms but called for further action to improve the investment climate.

“We are happy to see that progress but there is a lot more work that needs to be done. The sign is positive, we need to see more,” Jin-Yong Cai told Reuters at the conference.

He said Egypt’s regulations, and their implementation, needed to be improved as well. 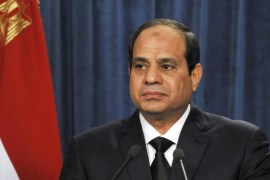 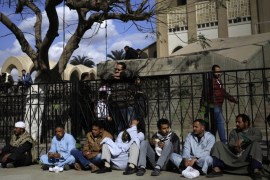 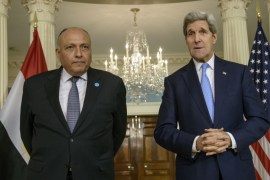