Tokyo – Japan must do more to stop child abuse, and especially the exploitation of young girls working in entertainment cafes across the country, according to a UN official.

This message comes as Japan records an increase in the number of exploitation cases reported from 2014.

In October, Maud de Boer-Buquicchio, the UN’s special rapporteur on child prostitution and pornography, angered Japan’s government by saying that up to 13 percent of schoolgirls had taken part in Enjo Kosai, or compensated dating.

She said later that the figure was not official, and would not be in her final report. But campaigners argue the lack of official figures is itself a sign of complacency by Japanese authorities.

In the capital Tokyo, infantilised sexual culture has become accepted, and Japanese rights groups are campaigning to end the practice.

Mai, a student, is working part-time promoting a so-called joshi kosei, or high-school girl cafe, in Tokyo’s Akihabara district, where adult men pay to sit and chat with teenage girls.

“Some of the men are my grandpa’s age, and I do sometimes get short of things to talk about,” Mai, dressed in her school uniform, told Al Jazeera.

She said working in such a cafe beats her old restaurant job, and she insisted that her customers treated her well.

At the cafe where Mai works, her boss picks the staff of 15 to 18-year-old girls.

But Fukuyama said there is no prostitution involved.

Shihoko Fujiwara, spokesman of the women’s right’s group Lighthouse, said the culture of glamorising the practice is disturbing.

“This concept of Enjo Kosai – compensated dating – has been around for how long now, 20 years? And we don’t have any official figures for that? For me that was very shocking,” she said.

In Japan, it took until 2014 for possession of child abuse images to be made illegal – but not cartoon depictions of such abuse.

Campaigners said these images can be used in a much more specific way, by child abusers to convince their victims that their criminal actions are in fact perfectly normal.

Employing teenagers in adult entertainment is illegal – but, in Japan, it seems, good for business. 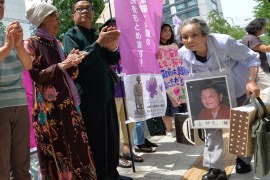 Japan’s ‘comfort women’ battle spills into the US

Attempts to revise war-time history of sex slavery result in a backlash and more criticism. 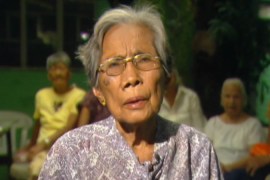 Dozens of women demand apology for allegedly being used as sex slaves in WWII by Japanese soldiers. 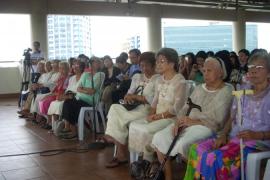 Much has changed since Al Jazeera visited Grandmother’s House in 2007, but not the perseverance of the women inside.