The maker of the popular painkiller Nurofen was ordered on Monday to remove some of its brands from store shelves in Australia.

The court said Nurofen’s back pain, period pain, migraine pain and tension headache brands were identical to standard Nurofen – despite being nearly double the price.

Ruling on complaints made by the fair trading regulator, the Australian Competition and Consumer Commission (ACCC), the court found all the products contained the same amount of the active ingredient: 342 milligrams of ibuprofen lysine.

The drugs were “no more effective at treating the type of pain described on its packaging than any of the other Nurofen Specific Pain products”, the court ruled, according to an ACCC statement.

It also ordered the four pain products to be removed from retail shelves within three months and their packets to be amended. The company will also have to publish online and newspaper corrections.

Nurofen denied it deliberately deceived consumers but consented to the court orders.

Spokeswoman Montse Pena said in a statement that the company “did not set out to mislead consumers”.

“Nurofen has cooperated with the ACCC in relation to these proceedings and will fully comply with the court order made today,” Pena said. 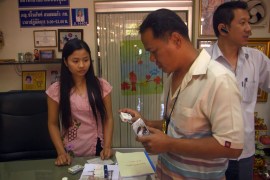 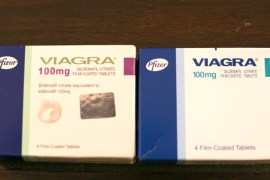 101 East investigates the multi-billion-dollar trade in counterfeit medicines, which is creating a global health crisis.