Virtual reality is often regarded as belonging to the realm of the hardcore gamers and tech addicts.

But the launch of a lighter and cheaper head-mounted display suggests that technology might just be ready to make the leap into the mainstream market. And the world’s largest sports leagues are gearing up to exploit a potentially multibillion-dollar opportunity.

It is the first headset of its kind to be designed for the average consumer and could open up a game-changing route for sports organisations to connect with their fans: the live streaming of matches in virtual reality.

Gearing up to the challenge

The National Basketball Association (NBA) has been quite loud and open about its interest in technology. It conducted one of its first trials last October when it shot, in virtual reality, an exhibition game between the Cleveland Cavaliers and the Miami Heat in Rio de Janeiro.

Jeff Marsilio, vice president of global media at the NBA, said it was then that he realised the magnitude of the innovation.

The referee drops the basketball and it rolls near you and you feel like you can just reach out and pick it up.

“[It was something like] the referee drops the basketball and it rolls near you and you feel like you can just reach out and pick it up,” Marsilio told Al Jazeera. “That moment was a real eye-opener.”

In addition, the NBA ran other pilots after its annual All-Star Weekend in February and its Summer League event in Las Vegas in July, streaming its first full live game in virtual reality on the opening night of the new season in October.

Meanwhile, other sports bodies have also started testing the technology, but have been coy about their attempts.

“The leagues are treating it as product-testing to see how it works and if people like it,” Daniel Rascher, president at consultancy SportsEconomics, told Al Jazeera.

“They are not even considering it as a revenue stream at this point.”

The National Hockey League live-streamed a game in virtual reality earlier this year but declined to comment as the process “was in the early stages”.

The National Football League said it was meeting “the leading companies” in the field and monitoring developments to see how virtual reality can be applied to the league in the future. Al Jazeera understands Major League Baseball has also been trialling the technology.

The English Premier League said it was not exploring virtual reality at the moment, but would support its broadcasting partners if they decided to “investigate technological developments”.

But California-based virtual reality company NextVR has received inquiries from major sports organisations in the US and Europe, its executive chairman Brad Allen confirmed to Al Jazeera.

“The appetite [in the sports world] is unbelievable,” Allen said.

“Every league, every team, every executive, they all want to develop virtual reality. It’s the most amazing thing I have ever seen in my entire business life.”

He added that sports organisations hoped to increase their fan base and further engage with the growing number of supporters living in other parts of the world, including India and China.

Watching a live game through a virtual reality headset significantly improves the audience’s experience in comparison to the available technologies, according to Allen.

Allen added that virtual reality companies were also looking at options to replicate the social element of watching a game with fellow supporters in order to overcome the potentially isolating nature of head-mounted screens.

This could be in the form of social media integration, allowing viewers to turn to a specific angle of the screen and share their experience with other users on social networks.

Besides increasing fans’ engagement, virtual reality could also be a very profitable opportunity for sports leagues and broadcasters.

For example, the NBA could sell its $2,000 courtside seats more times than what the arena’s capacity allows, thus generating an “infinite ticket”.

This is one of the potential revenue streams identified by investment bank Piper Jaffray in a report published in May.

By 2025, the technology could bring the NBA over half-a-billion dollars in extra ticket and advertising revenues, the firm pointed out. Similarly, the NFL and the English Premier League could benefit from a boost of $1.2bn and $400m, respectively.

Piper Jaffray’s analysts had predicted the first full NBA game streamed in virtual reality would be available as early as May 2016. But the league beat their expectations with the streaming in October.

Marsilio did not confirm the timing of a further roll-out but said the NBA would become increasingly active in the field.

“We are exploring how we can move from experimentation to implementation,” he said.

SportsEconomics’ Rascher said that most major sports organisations would be willing to give virtual reality a try.

“From an economic perspective, the technologies are going to be a high fixed-cost business,” he said.

“Once everything is in place, it will be pretty inexpensive for sports leagues to adopt, and for many to access it at different price points. It’s going to be quite prolific.”

More consumer-focused virtual reality headsets are expected to be launched in 2016, with analysts expecting take up to start from the gaming industry and then propel to the film, music and sports worlds.

But as engaging and immersive as virtual reality can be, Marsilio said it would not deter fans from going to see a match with friends and family, an experience which “nothing can replace”. 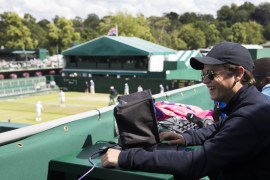 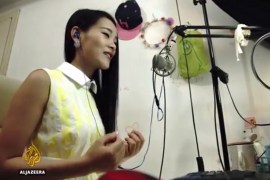 China websites cash in on virtual love and friendship 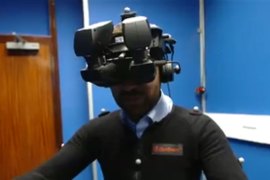 Computer experts and doctors join forces in initiative that aims to treat anxieties and mental issues for reduced cost.