Japanese whalers will head to the Antarctic Ocean early next year, resuming hunting after a year-long pause, officials have said

The Ministry of Fisheries announced on Saturday that “research whaling” would once again begin in March under a revised plan, despite a call by global regulators for more evidence on the scientific purpose of the expedition.

Last year, the UN’s top legal body judged that Japan’s whaling was a fig leaf for a commercial hunt.

“Japan has once again shown that it is willing to disregard science, international law and international cooperation when it comes to its addiction to killing whales,” the Whale and Dolphin Conservation activist group said in a statement.

Under Japan’s plan, the number of minke whales hunted annually would be 333, which represents a two-third reduction over previous years, according to the ministry.

Related: Back to the whale hunt for Japan

Japan’s announcement has been attacked by Australian environmentalists, who called on the country’s Prime Minister Malcolm Turnbull to stand up against it.

“The Australian government must step up and challenge the Japanese government’s illegal whaling,” said Darren Kindleysides, from the Australian Marine Conservation Society.

“Japan’s Antarctic whaling has failed the test of international law, and the test of science, yet the hunt could resume within weeks.”

Japan halted the much criticised programme in March 2014 after the International Court of Justice in The Hague ruled that the annual Southern Ocean expedition was a commercial hunt masquerading as science to skirt an international moratorium on whate hunting.

The moratorium had gone into effect in 1986, and Japan officially halted commercial whaling in 1987.

It then went on to conduct what it called “research whaling,” under what critics argue is a loophole in the moratorium that allowed Japan to pursue its annual hunt for commercial purposes.

In April 2013, Japan announced its whaling haul from the Southern Ocean was at a record low because of “unforgivable sabotage” by activists from the environmental group Sea Shepherd. 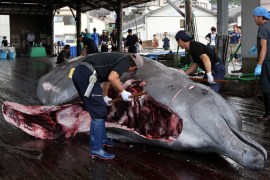 Hunt, with lowered quota of whales to be caught along north coast, is first since Japan told to stop Antarctic killings. 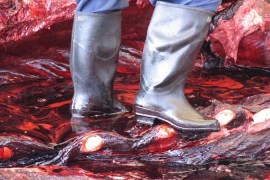 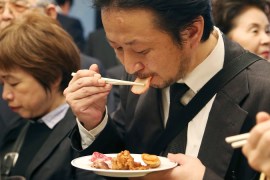