A late-night fire at a coal mine killed 21 people and left one missing in China’s northeastern province of Heilongjiang.

State-run Xinhua news agency said on Saturday that the fire at the Xinghua mine in the city of Jixi was brought under control, and 21 bodies were recovered from the mine – owned by the Heilongjiang Longmay Mining Holding Group.

A work safety employee, who only gave his family name, Xing, said rescuers were searching for the missing person.

China’s mines are among the deadliest in the world. Accidents killed 931 people last year, a work safety official said in March.

China – the world’s largest producer of coal – is grappling to improve standards in the poorly regulated sector. Many accidents are caused by corrupt bosses seeking profits over worker safety. 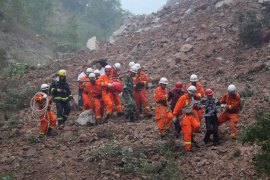 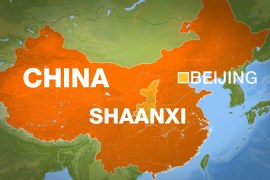 Two weeks after blast ripped through a tunnel in northwestern China, state media raises death toll from 13 to 31. 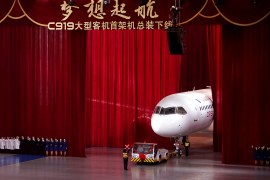 The C919 can seat up to 158 passengers and is meant to compete with single-aisle jets by Airbus and Boeing.