In 1985, most computers ran on command-line operating systems. That meant, in order to get them to do anything, the user had to manually input largely arcane instructions.

It was simple but hardly user-friendly.

The most popular command-line operating system was MS-DOS, produced by Microsoft and widely used thanks to a licence agreement Microsoft had with hardware maker IBM.

It gave consumers the ability to choose from different manufacturers of hardware.

Dozens of other computer-makers also installed MS-DOS on their machines, making it by far the dominant operating system.

But the limitations of command-line operating systems became apparent when Apple released its Macintosh, the first popular computer to use a graphics interface operating system and make a feature out of how easy and intuitive it was to use.

For the first time, consumers could enjoy drop-down menus, a mouse-driven pointer, and virtual buttons on the screen.

“Even though the Mac OS was very primitive in 1984-5, it still just worked more seamlessly,” computer historian David Greelish said.

Once it saw the features of the Apple operating system, Microsoft set to work making a new OS that emulated it. The result was Windows 1.0, a buggy, crude and slow system, but one that could run on many existing computers.

Critically, Windows allowed other companies to develop programs for the system.

These offered consumers many applications that were not available on Apple computers, along with a great choice of hardware.

“It gave consumers the ability to choose from different manufacturers of hardware,” Nino Kader, a digital analyst with Spark Digital, said.

“They could choose from HP or Dell, or some of the other players at the time. Windows gave people more selection, more choice.”

Microsoft has lost ground to Apple in recent years as consumers increasingly turn to mobile devices. But Windows, in its many versions, still runs on more than three-quarters of the world’s computers.

Ultimately, it made computing accessible to almost everyone on the planet, and that dominance appears likely to continue for some time to come. 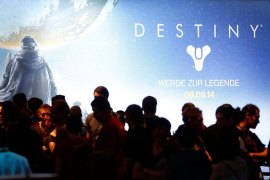 Jake Ward looks at the latest stories making waves in the world of technology. 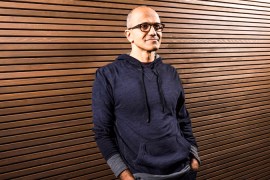 US firm to lay off thousands of staff, including nearly half of Nokia employees who joined in April after acquisition.