The United Arab Emirates (UAE) has announced labour reforms to be enforced from January 1 that aim to curb abuse and protect the rights of millions of foreign workers.

“We want to close the door on those who trick the simple worker,” Emirati Labour Minister Saqr Ghobash told a press conference in Abu Dhabi on Tuesday.

The new measures, which will remove practices associated with a sponsorship system known as “kafala” will allow foreign workers to terminate their contract and change employer.

The kafala system not only regulates entry and residence, but also requires that workers seek permission from employers to change jobs.

Ghobash said that from January 2016, the UAE would take steps which, when completed, would get rid of “all the practices that were associated with kafala”.

He said that under a new system, in which workers’ contracts would be lodged with the labour ministry rather than with employers, who currently hold the documents, “involuntary labour” would be prevented.

“The worker cannot, under any circumstances, be made to, or otherwise be compelled to, remain in an employment relation,” a ministry statement said.

A reorganisation of labour contracts would also stop so-called “substitution”, under which foreign workers sign one contract before they leave their home country and are compelled to renegotiate lower wages when they arrive in the Gulf.

Foreign workers do many of the hard and sometimes dangerous jobs in the region, from construction to the oil industry, transport and services. They account for nearly half of the roughly 50 million population of the six-nation Gulf Cooperation Council and about 4.5 million of the UAE’s nine-million population.

Most blue-collar workers in Gulf states are hired on contracts from countries like Pakistan, India, Bangladesh and the Philippines, and many travel to the Middle East to escape poverty in their home countries.

In some Gulf states, the passports of guest workers are held by the sponsor for the duration of their contracts. Although this is banned in the UAE, the practice survives.

Asked if reforms on wider issues of labour abuse were in the pipeline, Ghobash said there was no country that stopped improving its labour situation, but the process took time.

Nicholas McGeehan, a UAE researcher at Human Rights Watch, said the move against contract substitution was “a huge improvement and something we would fully support and applaud” and it was “good to see” the UAE feeling the need to reform. 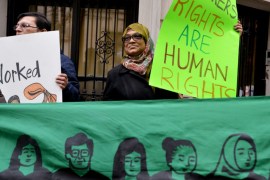 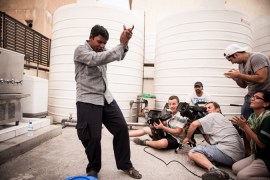