German prosecutors have announced that they opened a criminal investigation into Volkswagen’s former chief executive Martin Winterkorn over a worldwide pollution cheating scandal.

Winterkorn resigned in the midst of global outrage after Volkswagen revealed that 11 million of its diesel vehicles were equipped with devices that fool official pollution tests.

The world’s top-selling carmaker admitted that it had rigged diesel emissions to pass US tests during Winterkorn’s tenure.

The investigation will concentrate on the suspicion of fraud committed through the sale of vehicles with manipulated emissions data and aims to determine who was responsible for it, prosecutors in Braunschweig said in a statement.

“The investigation will focus on the allegation of fraud by selling vehicles with manipulated emission values,” the statement said.

“The aim of the investigation is to clarify the chain of responsibility,” it added.

In the German system, anyone can file a criminal complaint with prosecutors, who are then obliged to examine it and decide whether there is enough evidence to open a formal investigation.

Winterkorn ‘was not aware’

In his resignation statement on Wednesday, the 68-year-old German car boss said he was “not aware” of having done anything wrong.

The German government said it had given Volkswagen until October 7 to submit measures and a timetable to fix vehicles that have been fitted with the cheating software, a ministry spokesman said.

Winterkorn has been replaced as chief executive of the Volkswagen group by Matthias Mueller, the head of the company’s luxury sports car brand Porsche.

According to German media reports at the weekend, Volkswagen ignored warnings from staff and a supplier years ago that the emission test-rigging software was illegal.

The spiralling scandal has tarnished the company’s name, left it exposed to up to $18bn in US fines, and wiped a third off its stock market value in a week. 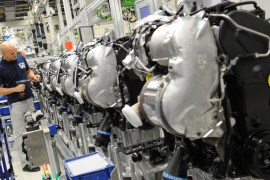 Ban also includes Seat, Skoda and other VW Group brands which may have devices designed for tricking emission tests. 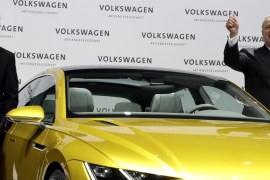 Matthias Mueller says his “most pressing task will be to restore confidence in the Volkswagen Group” as scandal widens. 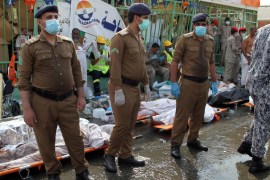 Shares in auto giant shoot up more than four percent on Frankfurt stock exchange ahead of anticipated vote for new CEO.