The leader of a protest movement in India’s western Gujarat state has been detained after he tried to organise a rally in the Surat city weeks after demonstrations mobilised by his Patel, or Patidar, caste group turned deadly.

The 22-year-old youth leader, Hardik Patel, and 19 of his associates were taken into police custody in the city known for diamond and textile industry, according to the Indian Express newspaper.

Late last month, more than half-a-million members of the land-owning caste had descended on the streets of Ahmedabad, the capital of Gujarat state, demanding reservation in government jobs and educational institutions.

At least 10 people were killed in the August 26 rally, and the state government has since refused to allow fresh protests by the group.

Hardik Patel says his community has not benefitted from more than a decade of rapid economic growth in one of the most industrialised states in the country.

Patels are politically the most dominant caste in the state, with 37 out of the 182 state legislators belonging to the community, including the current state chief minister, Anandi Ben Patel.

Al Jazeera spoke to political scientist and Gujarat watcher Ghanshyam Shah about the situation and what it means for the state, which has been dominated by Indian Prime Minister Narendra Modi’s Bharatiya Janata Party (BJP) for more than a decade.

Al Jazeera: Late last month, Gujarat was hit by a series of protests by the land-owning caste, known as the Patel, or Patidars. Why did the young people from this community take to the streets?

Ghanshyam Shah: There are multiple reasons for the agitation. Most importantly is the overall economic crisis [in the country]. The values of the free market have created all kinds of needs and aspirations among the younger generation. But the market is not able to meet these inflated needs and demands. Not because of a shortage of consumable goods. It is primarily because the market has not generated the kind of remuneration that would raise buying capacity.

India’s political class in general, and [Prime Minister Narendra] Modi in particular, promised youth during the election campaign that after becoming prime minister he would accelerate economic growth and provide better jobs. This has not happened. Like all youth, the Patidars also experience difficulty in getting decent jobs in the market.

Secondly, high quality education has become very expensive and beyond the reach of the average middle class. The number of good educational institutions are a few and far between. Hence those students who somehow manage to get a degree in higher education find themselves unwanted by the industry. Their frustration has increased.

Al Jazeera: The protesters have painted a grim picture of the community’s economic status. How bad is the situation?

Shah: Nearly 22 percent of the small and medium industries are owned by the Patidars. Many of these industries are in bad shape. Patidars in Saurashtra region control diamond polishing units. Because of an international recession, the diamond industry has been in crisis over the last several months. Workers are retrenched or have been receiving less wages than in the past. The number of ‘sick’ micro, small and medium units has increased from 20,615 in 2012-13 to 49,003 in 2014-15. According to the country’s central bank, outstanding loans of micro, small and medium enterprises in Gujarat trebled in the two years from 836 crore rupees [$155m] in 2012-13 to rupees 2,601 crore rupees [$481m] in 2014-15.

Al Jazeera: How have the state government’s pro-industrial policies affected the agricultural sector – the mainstay of Patel community?

Shah: As terms of trade are in favour of industry, the state government has facilitated the transfer of agriculture land to industry and towards urban growth. Per capita farmland among the cultivators has declined, with small and marginal farmers being the worst affected. Among the rural Patidars, one-third of the households are poor farmers. For them agriculture is not remunerative. They do not have enough resources to invest in agriculture. Though some of them get credit from private or public sources, all of them are not able to pay back. That leads to the cases of suicide.

Of course, the economic crisis affects all communities. But Patidar youths, who are more organised on the basis of caste, have vented their anger in the form of this agitation. Instead of targeting the economic system, they have resorted to a short cut by demanding reservation.

Al Jazeera: Given the Patidars are one of the most dominant political groups in the state, are their demands valid?

Shah: In terms of community, they get much more in the present system than their numerical size warrants. Looking at their economic prosperity, education and political positions, Patidars cannot be called deprived, hence cannot take advantage of the state affirmative provisions.

Al Jazeera: The 22-year-old leader of the agitation, Hardik Patel, managed to gather a crowd of half-a-million. Was it surprising to see such a response in a state that has been dominated by Prime Minister Modi for more than a decade?

Shah: In a way, yes. I have not seen such a gathering, over half million people … in the last six decades. Not even the linguistic movement of 1956 demanding a separate state could organise such a massive rally. Moreover, it is surprising because Modi won last year’s parliamentary elections handsomely and he has registered victory in every state assembly polls since he became the chief minister of the state in 2001. He wiped out all voices of dissent within and outside his party. He mesmerised middle class youth with [Joseph] Goebbels-type propaganda.

And his hype with management tactics worked well in the last parliamentary elections, raising hopes among youths that he is the only messiah to make India a world supreme power.

Al Jazeera: Modi was the chief minister of Gujarat until 2014. He sold the state as an economic success story. What then would you say was the impact of his economic model?

Shah: Development in Gujarat is certainly not inclusive. Religious minorities such as Muslims, tribals who constitute 15 percent of the population, Scheduled Castes called Dalits and many other backward communities have not benefitted from the growth. They continue to remain vulnerable.

Al Jazeera : The Patidars are demanding that the government either give them reservations or abolish the caste-based reservation system altogether. What do you make of this demand?

Shah: With abolition of reservation, whatever little benefits the deprived communities get, their chances for upward mobility will be throttled. By doing this, upper castes wish to reinforce their hegemony.

Al Jazeera: What will be the political ramifications of the last month’s agitation? Will Patels desert the ruling party, the BJP, which they have supported for more than a decade?

Shah: I do not know what future shape this mobilisation will take. In the immediate, they may not [leave the BJP] because they do not have a viable political alternative.

Al Jazeera: The Patidar agitation has used threats as a means to achieve political goals. Will it further polarise the state that has seen Hindu-Muslim violence in the past decade?

Shah: Caste polarisation centred on economic interests and social status is already there. It was on the surface in the late 1970s and early 1980s. The champions of Hindutva diverted caste-class based conflict against Muslims by arousing Hindu unity against ‘others’ ie, Muslims. Now, having achieved their goal, dominant castes may like to consolidate their position as they now do not need support of the deprived communities. But I do not think those who are conscious of their numerical strength in electoral politics would succumb to the Patidars and other upper castes. 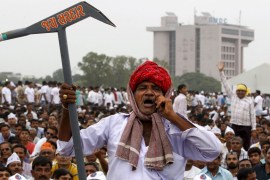 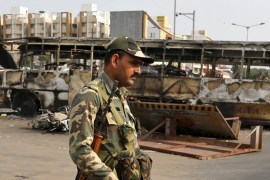 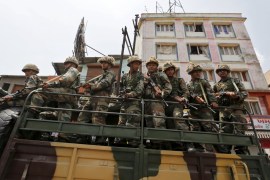