Why did the Fed hold rates steady?

Look no further than global weakness, low inflation and volatility in global markets.

Federal Reserve policy makers voted 9 to 1 Thursday to leave rates unchanged. In its statement, the Fed cited global weakness as a near term concern: “Recent global economic and financial developments may restrain economic activity somewhat and are likely to put further downward pressure on inflation in the near term.”

So, the Fed is concerned about global weakness dragging down prices here in the US.

Low prices abroad work their way here through commodity prices (oil for example which has plummeted since last year), and cheap goods coming onto US shores, competing with domestically made items, and forcing prices lower.

Keep in mind inflation has been running below the Fed’s target 2% rate for over three years, and raising interest rates will only heap more downward pressure on prices.

While low prices may seem like a good thing – too low prices can damage an economy. Look no further than Japan which has been mired in a deflationary trap of low prices and low growth for over two decades. Japan made a huge error back in 2000 when it raised rates and choked off a nascent recovery.

The Fed also noted in its statement that “net exports have been soft”. This is the result of a strong dollar making US exports more expensive to buy overseas. Higher interest rates would turbo charge an already strong dollar, hammering exports even more, which will take an even bigger bite out of corporate profits and eventually cost jobs. To put this in perspective, roughly half the revenues from the S&P 500 come from sales abroad.

Fed Chair Janet Yellen also wants to see further improvement in the jobs market. Though the unemployment rate is very low (5.1%), Yellen cited the high number of involuntary part time workers and other data points that indicate there is still slack in the labor force.

Why did so many people think the Fed was poised to pull the trigger?

Three months ago, the US economy was looking pretty good. And while there were spots of weakness abroad, policy makers seemed to have a handle on things. But then China decided to devalue its currency – suddenly and dramatically.

That sent shockwaves through global markets as investors fretted that the slowdown in China might be far more severe than many had thought. And given China is a primary driver of global growth, when it slows down, so does the world.

That’s why China’s currency devaluation triggered devaluations of other emerging market currencies. While devaluation can make a country’s goods more competitive on the world stage, when a bunch of countries devalue at once, it tends to be mutually harmful, lowering the overall volume of trade between nations (and indeed a recent FT study confirmed this).

That all spells weak foreign demand for all goods, including what are now very pricey US made goods.

Remember, the Fed is bound by law to do what’s in the best interest of the US economy by fulfilling its mandate of full employment and price stability.

The global economy can influence these objectives. Economists disagree as to what extent, but at the end of the day, the US economy does not exist in a vacuum. For better or worse, we live in a globalised world and what happens abroad has an impact here. The Fed drove that point home today.

Who wins when rates are held steady?

Wall Street, which has become addicted to cheap money.

Rich folks who make most of their money from assets like stocks and houses, because asset prices will remain buoyant.

Emerging Markets whose currencies have been hammered of late and who would have seen investors pull even more money out of emerging markets and into the US if the fed had hiked rates.

Savers who keep their money in banks, because they won’t earn much interest.

Folks living on fixed incomes, usually older people who are invested in safe assets like bonds.

When will the Fed hike rates?

The Fed meets twice again this year – in October and December. According to the Fed’s “Dot Plot”, 13 of 17 Fed officials think it will raise rates before the end of the year. But crucially, the number leaning toward a hike happening next year has increased. 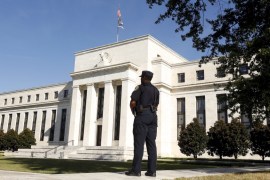 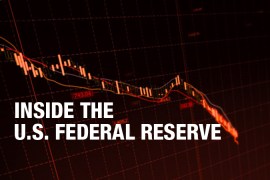