General Motors will pay a $900m fine to settle a criminal probe for concealing an ignition-switch defect linked to at least 169 deaths, US federal prosecutors have said.

The US car giant will also have to pay another $575m to settle hundreds of civil lawsuits filed against it over faulty small-car ignition switches, including the bulk of pending wrongful death and injury cases, it announced on Thursday.

Despite evidence that the carmaker’s legal and engineering staff hushed up the problem, no charges were brought against any employees, though US Attorney Preet Bharara did not rule out the possibility and said the investigation would continue.

Under the settlement, an independent monitor will be appointed to oversee GM’s handling of safety defects.

Two criminal charges drawn up against GM – wire fraud and scheming to conceal information from government regulators – will be dropped after three years if the company cooperates fully.

“They let the public down. It’s as simple as that,” Bharara said.

“To sum it up, they didn’t tell the truth in the best way that they should have – to the regulators, to the public – about this serious safety issue that risked life and limb.”

The twin agreements bring to more than $5.3bn the amount GM has spent on a problem prosecutors say could have been dealt with at a cost of less than a dollar per car.

Those expenses include government fines, compensation for victims and the recall and repair of millions of vehicles.

The company also announced on Thursday, that it had reached a deal with Texas personal injury lawyer Bob Hilliard to settle 1,385 death and injury cases that he filed over crashes caused by the switches.

The money will also be used to settle a 2014 class-action lawsuit filed by shareholders claiming that GM’s actions reduced the value of their stock.

Neither GM nor Hilliard would say how much money was set aside for the death and injury claims, but Hilliard said the number was substantial and he was confident it would be enough to settle all the lawsuits.

GM personnel knew by 2005 that the ignition switch was prone to shutting accidentally, even when a car hit a few small bumps, and by 2012 knew that the defect not only impaired the car’s power steering and power brakes, but also the air bag, the government said.

But GM continued to sell the cars and offered assurances on safety. When GM understood that the defect was “undeniably” a safety problem around the spring of 2012, it did not recall the vehicles.

“Instead, it concealed the defect from NHTSA [National Highway Traffic Safety Administration] and the public, taking the matter ‘offline’, outside the normal recall process, so that the company could buy time to package, present, explain, manage the issue,” the government said.

With the settlements, GM is taking big steps towards moving past the ignition switch scandal, which tarnished the company’s reputation but touched off a series of company-wide safety reforms. Chief Executive Mary Barra appointed a new safety chief who reports directly to her and added 35 product safety investigators to its staff.

The company changed its product development process to focus more on safety and it started a programme that encourages employees to speak up if they find a safety issue.

In the wrongful death cases, Hilliard said a special master will be appointed to decide how much to offer each of the victims he represents.

He says the lawsuits include 45 deaths. When added to the 124 death cases settled previously by GM, the number of deaths caused by the switches comes to 169.

Hilliard estimates that number will rise to 250 by the time all cases are settled or tried.

Even with the settlements, another 454 death and injury cases remain as part of the consolidated federal court claims against GM.

Hilliard, one of the lead lawyers in the consolidated cases, said he is encouraging the company to set aside money to settle those as well.

Six cases have been scheduled for trial, including one that is to start in January. 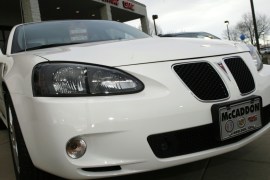 GM ignition switch responsible for 124 deaths in US 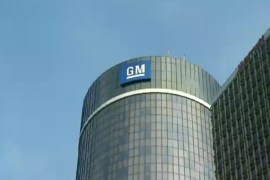 Company has recalled six million vehicles over a flaw that can disable steering and braking while car is in motion. 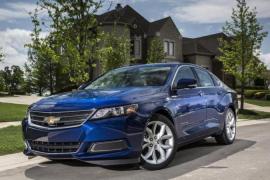 GM to recall another 3 million cars

Boeing 737 MAX returns to the skies with journalists on board