The United Church of Christ, a large mainline Protestant denomination in the US, has overwhelmingly voted to divest from companies that profit from Israel’s occupation of Palestinian territory and to boycott goods made in Israeli settlements, as support for increased action against the country’s policies grew in momentum.

The Church’s 30th General Synod, which took place in Cleveland, Ohio, on Tuesday, required 67 percent of the vote to pass the divestment resolution, which targeted companies like Veolia, Caterpillar, Motorola, and HP.

For Palestinians living under occupation or facing systematic discrimination as citizens of Israel ... this action sends a strong signal that they are not alone...

Almost 80 percent (508) ended up voting in favour of the motion; 124 voted against it, while 38 abstained. The church also voted to boycott Israeli settlement products, but a motion failed to garner a two-thirds’ approval to “recognise the actions of Israel against the Palestinians as apartheid”.

The biennial assembly brings together representatives of the church, which has about one million members, to discuss faith- and justice-related issues. The church has been considering divestment since 2005, when it passed a resolution calling for the use of “economic leverage” to end human rights abuses against Palestinians.

Mitri Raheb, pastor of the Evangelical Lutheran Church in Jordan and the Holy Land, who travelled to Cleveland for the synod, said the vote spoke volumes.

“For Palestinians living under occupation or facing systematic discrimination as citizens of Israel … this action sends a strong signal that they are not alone, and that there are churches who still dare to speak truth to power and stand with the oppressed,” Raheb said.

OPINION: I support the Israeli boycott – but which one?

The resolution recommended that the church’s pension board and investment funds – which together manage a $4bn portfolio – as well as local churches sell off stock in any company profiting from the occupation. However, these arms and individual churches can decide not to heed the divestment call.

The resolutions are being considered at a time when the Boycott, Divestment, Sanctions (BDS) movement says its efforts are bearing fruit in Europe and at many US college campuses. Since its creation about a decade ago, the movement has sought to find alternative means to pressure Israel to end its occupation of the West Bank and Gaza, and grant its own Palestinian citizens equal rights.

Israeli authorities have regularly slammed BDS actions as anti-Semitic and increased their own efforts to engage the movement in and outside of the Holy Land.

Though one Jewish group in the US – Jewish Voice for Peace –  supported the resolution’s passing, with member Laila Berstein calling it the product of “a groundswell of frustration with the status quo”. others said it excluded parties like Hamas that worked against a two-state solution to the conflict.

“The UCC’s one-sided view of the Israeli-Palestinian peace process singles out Israel and, shockingly, ignores any Palestinian accountability,” said Rabbi Noam Marans, the director of Interreligious and Intergroup Relations at the New York-based American Jewish Committee.

While the full economic scope of the UCC’s divestment is not yet clear, the moral weight of its impact comes at a time when Israel is taking note of BDS’ victories.

Prime Minister Benjamin Netanyahu had to recently address the growing threat of boycott on the international arena saying the country faces an “international campaign to blacken its name”.

He made his comments following a bid by Palestinians to have Israel suspended from FIFA for its treatment of Palestinian athletes, its hindrance of their movement and the inclusion of teams that live on settlements in the West Bank.

This week, two other US churches are scheduled to hold annual gatherings to consider similar resolutions that also include boycotting products made in illegal West Bank-based Israeli settlements.

A vote at the Episcopal Church’s Salt Lake City general convention is slated for this week; the Mennonite Church USA’s meeting in Kansas City, Missouri, is scheduled to deliberate on Wednesday.

A growing list of US-based churches are heeding the call of the Christian Palestinian community for using boycott and divestment “as tools of nonviolence for justice, peace and security for all” as outlined by a document known as Kairos Palestine. 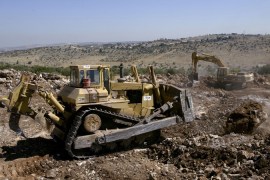 Human rights and corporate responsibility prompt a US church to divest from companies doing business with Israel. 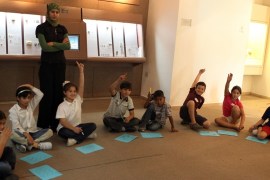 Community leaders fear that Netanyahu’s party is seeking to curb educational opportunities for the Palestinian minority.