Greece’s Prime Minister Alexis Tsipras has urged voters to soundly reject austerity proposals by the troubled country’s lenders, as thousands of his supporters rallied in the capital, Athens.

“We ask you to reject it with all the might of your soul, with the greatest margin possible,” he said on Monday.

We ask you to reject it with all the might of your soul, with the greatest margin possible.

“The greater the participation and the rejection of this deal, the greater the possibility will be to restart the negotiations to set a course of logic and sustainability,” he said on state television.

The leftist prime minister also made clear that Greece was unable to make the $1.8bn payment due to the International Monetary Fund on Tuesday, the same day its international bailout programme expires.

“[How] is it possible the creditors are waiting for the IMF payment while our banks are being suffocated?” he said in a late-evening interview on ERT television.

At least 20,000 defiant supporters of Tsipras’ left-wing Syriza party packed the main avenue in front of parliament on Monday night, rallying behind his call to reject the package and more austerity.

Tsipras called for Sunday’s referendum over the weekend, arguing that demands for tougher austerity measures could not be accepted after more than five years of recession.

The country has already endured five years of recession, while unemployment has more than doubled from 10.3 percent in 2009 to 25.6 percent this year and pensions and benefits were roughly halved between 2010 and 2014.

Greece’s European partners have said this could see the country slide from the 19-nation eurozone, with unforeseeable consequences for Athens and for Europe’s grand project to bind its nations into an unbreakable union by means of a common currency.

The uncertainty over Greece’s future prompted long queues at ATMs in the country, where anxious citizens could only withdraw 60 euros ($66) per day.

“I feel like I’m voting for sudden death or slow death,” said 38-year-old office manager Maria in Athens, who wants Greece to stay in the EU. “It feels like it’s game over.”

The deadlock has led to declines on global stock markets, with US and European stocks suffering heavy losses. And banks in Athens remain shut in order to avert financial collapse.

In Brussels, European Commission President Jean-Claude Juncker said he had felt betrayed by Tsipras’ left-wing government and called on Greek voters to oppose him.

“I’d like to ask the Greek people to vote ‘Yes.’ … I very much like the Greeks, and I’d say to them, ‘You should not commit suicide because you are afraid of death,'” he said in an emotional speech.

“A ‘No’ would mean, regardless of the question posed, that Greece had said no to Europe,” said Juncker, previously Tsipras’ closest ally in five months of debt talks.

Other EU leaders including Germany’s Angela Merkel, France’s Francois Hollande, and Italy’s Matteo Renzi put up a united front, stressing that the bailout referendum was effectively a vote on Greece’s place in the euro.

EU leaders have indicated they are still open to an agreement to avoid a Greek exit, which would leave a permanent scar on the 28-member bloc.

Also, the Greek Prime Minister said that he won’t cling on to his job, if he lost this Sunday’s referendum on whether the country should accept the terms of a bailout. 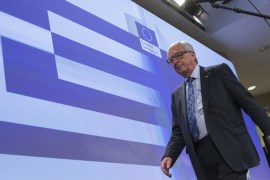 Jean-Claude Juncker complains of “egotism” during talks and appeals to Greeks to back July 5 referendum. 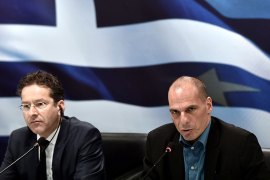 Greece: Syriza, austerity and the media

Will the new Greek government dismantle the old media networks? Plus, covering the new power structures in Yemen. 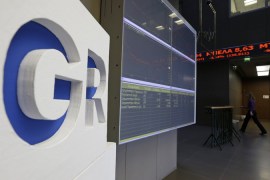