A British trader, who is accused of contributing to the multi-billion-dollar “flash crash” on Wall Street in 2010, has been granted conditional bail while he contests extradition to the United States where he faces charges for alleged fraud and market manipulation.

Navinder Singh Sarao, 36, was ordered on Wednesday to surrender his passport, report to a police station three times a week and pay a security of about $7.5m – the amount he has in his trading account. His parents also have to provide a security of more than $70,000.

He is accused of using lightning-fast software to manipulate the market for E-Mini S&P 500 futures contracts on the Chicago Mercantile Exchange by buying and selling in milliseconds, scooping up tiny profits that quickly accumulate.

Sarao, who typically worked from his home in the west London suburb of Hounslow, earned about $40m on security trading alone, according to a US criminal complaint filed in February and unsealed on Tuesday.

According to the document, Sarao engaged in illegal trading from 2009 to 2014, and did so on the day of the “flash crash”. The May 6, 2010 crash slashed share values and led to panicky trading, with the Dow Jones eventually closing 348 points lower.

On Wednesday, Tim Massad, the head of the US Commodity Futures Trading Commission (CFTC), said: “We will do everything in our power to pursue those who attempt to engage in fraud or manipulation in our markets.”

The CFTC filed civil charges against Sarao on Tuesday.

Sarao, who was arrested in April, will face a full extradition hearing in August. 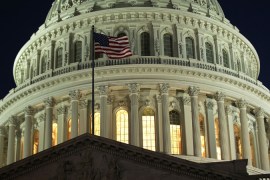 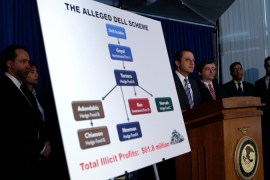 FBI arrests “circle of friends who formed a criminal club”, allegedly making illegal profits on trades in US firm Dell.